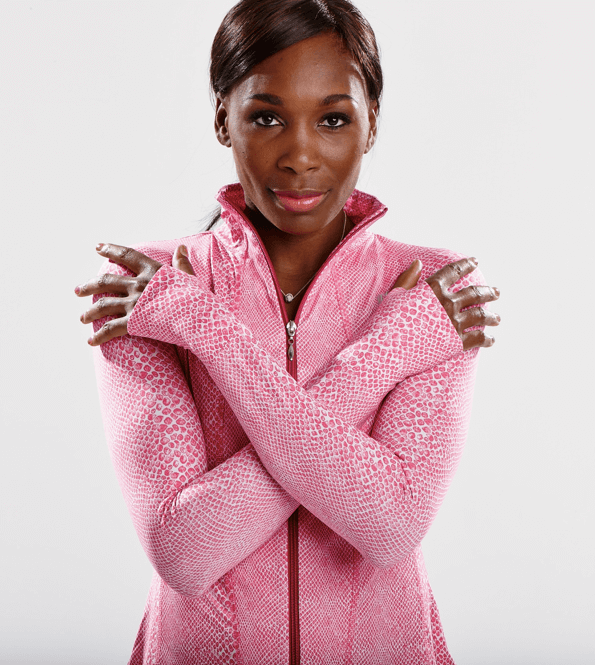 Venus Williams is an athlete, entrepreneur, best-selling author, Olympic Gold medalist, activist, designer, and tennis champion. Williams entered the pro ranks of the Women’s Tennis Association when she was 14 years old. Soon, the whole world was watching her rack up 43 WTA Tour titles and three Olympic Gold medals, break the record for fastest…

Williams entered the pro ranks of the Women’s Tennis Association when she was 14 years old. Soon, the whole world was watching her rack up 43 WTA Tour titles and three Olympic Gold medals, break the record for fastest serve ever recorded (129 mph), and compete in the longest finals match in Wimbledon history (two hours and 45 minutes).

Taking up the long-time fight for gender equality in the athletic world, she succeeded in driving Wimbledon to announce parity in its prize money for male and female champions in 2007, following many meetings and an impassioned New York Times essay decrying the double standard. Her book Come to Win: Business Leaders, Artists, Doctors, and Other Visionaries on How Sports Can Help You Top Your Profession, a New York Times bestseller co-authored with Kelly E. Carter, shares how such luminaries as Sir Richard Branson, Condoleezza Rice, and Vera Wang used their early experiences as competitive athletes to help forge their successful careers.

After months battling a frustrating mix of symptoms, Williams came face to face with her greatest opponent to date: Sjögren’s Syndrome, an autoimmune disease in which immune cells attack saliva and tear glands. Confronting it in her usual determined style, she has become an advocate of a vegan/raw foods diet, which helps minimize the inflammation brought on by the condition.

In her keynotes, Venus Williams inspires audiences through her tireless energy and dedication to every endeavor – from launching EleVen, her line of fashionable sportswear, and V*Starr Interiors, a company that specializes in commercial and residential interior design, to continuing to fight for gender equality on and off the court.

Come to Win: An Evening with Venus Williams 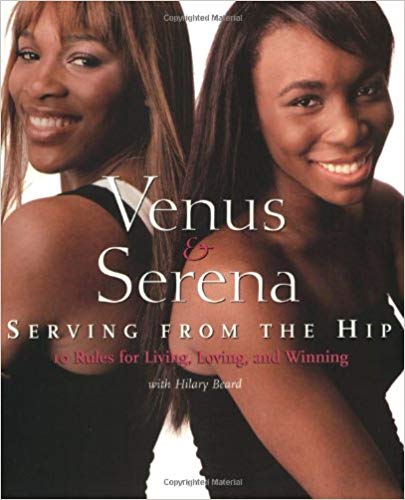 Venus and Serena: Serving From The Hip: 10 Rules for Living, Loving, and Winning 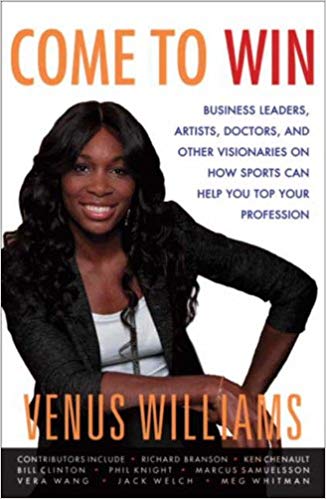 Come to Win: Business Leaders, Artists, Doctors, and Other Visionaries on How Sports Can Help You Top Your Profession 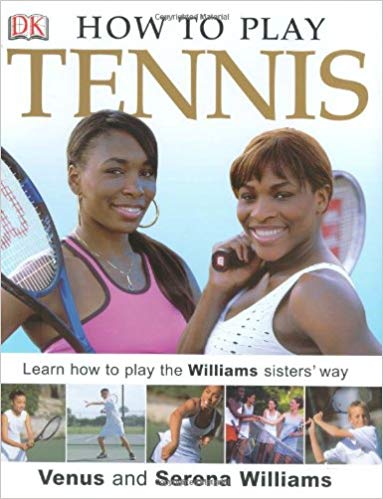 How to Play Tennis

Venus was phenomenal. She is humble, intelligent, well spoken, and was so interested our students. She is the one who got conversations going. She was truly intrigued by the girls. She was honest, open, funny, thoughtful, insightful, and quite fun to have on campus. She left the girls with some wonderful messages of strength, dedication, determination, and support. Venus was generous with her time and signed autographs for an hour after the keynote. After our students went through the line, there were many outside guests whom she also treated with respect and who will all cherish the photos and autographs.