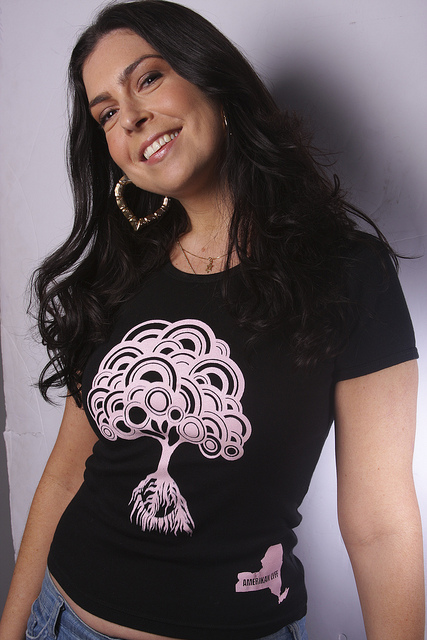 Vanessa Hidary, Native New Yorker Vanessa Hidary, AKA The Hebrew Mamita, grew up on Manhattan’s culturally diverse Upper West Side, graduating from LaGuardia High School of the Arts and Hunter College. Her experiences as a Sephardic Jew with close friends from different ethnic and religious backgrounds inspired her to write “Culture Bandit,” the nationally toured…

Her experiences as a Sephardic Jew with close friends from different ethnic and religious backgrounds inspired her to write “Culture Bandit,” the nationally toured solo show that chronicles Vanessa’s coming of age during the golden age of Hip-Hop and her dedication to fostering understanding and friendship between all people.

She has aired three times on “Russell Simmons Presents Def Poetry Jam” on HBO, and is featured in the short film, “The Tribe,” which was selected for the Sundance Film Festival, the Tribeca Film Festival, and the Jewish Motifs International Film Festival in Warsaw, Poland, where Vanessa attended as the film’s representative.

Vanessa was chosen as one of the 50 speakers to appear at the “2010 IdeaCity- Canada’s Premiere Meeting of the Minds”. She appeared at the 2009 Limmudfest in the UK, the 2012 Limmud Conference in South Africa, and is soon on her way to the Limmud Conference 2012 in the UK. In November 2010, Vanessa performed at the opening reception for the “Lion of Judah” conference at the Jewish Federation’s General Assembly convention in New Orleans.

Other performances include: Central Park’s Summerstage representing NBC’s 9/11 tribute “Concert for America,” B.A.M. Cafe, and was a Grand Slam Poetry Finalist at The Nuyorican Poets Cafe. She frequently tour colleges and Universities.

Some of her press includes: The New York Post, Time Out New York, The Jewish Week, The Forward, URB, BUST, Beyond Race, The Los Angeles Times, The Jerusalem Post, and Lilith Magazine.

Vanessa has conducted poetry and racism workshops with Bnai’ Brith Youth orginization, and was the director/developer of “MONOLOGUES” – an evening of solo performances by 15 young adults exploring their Jewish identity, inspired by a 10-day trip through Israel, produced by Birthright Israel NEXT.

From the Bronx to Tel Aviv, Vanessa can be found at high schools, Universities, Jewish Federations, poetry loundes, and cultural centers performing and speaking about Jewish identity – tackling stereotypes and diseccting the complicated question of “What does Jewish look like to you?”

Vanessa received an M.F.A. in acting from Trinity Rep theatre Conservatory. She lives in Manhattan, where she recently published her first collection of poems and stories titled “The Last Kaiser Roll in the Bodega.”

Striving to spread her message of inclusion and tolerance, Hidary conducts poetry and racism workshops with Bnai’ Brith Youth Organization, and works with Birthright Israel NEXT directing “MONOLOUGUES,” an evening of solo performances exploring Jewish identity inspired by a 10-day trip through Israel. 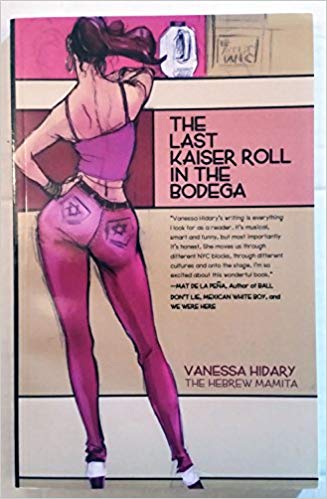 Last Kaiser Roll in the Bodega