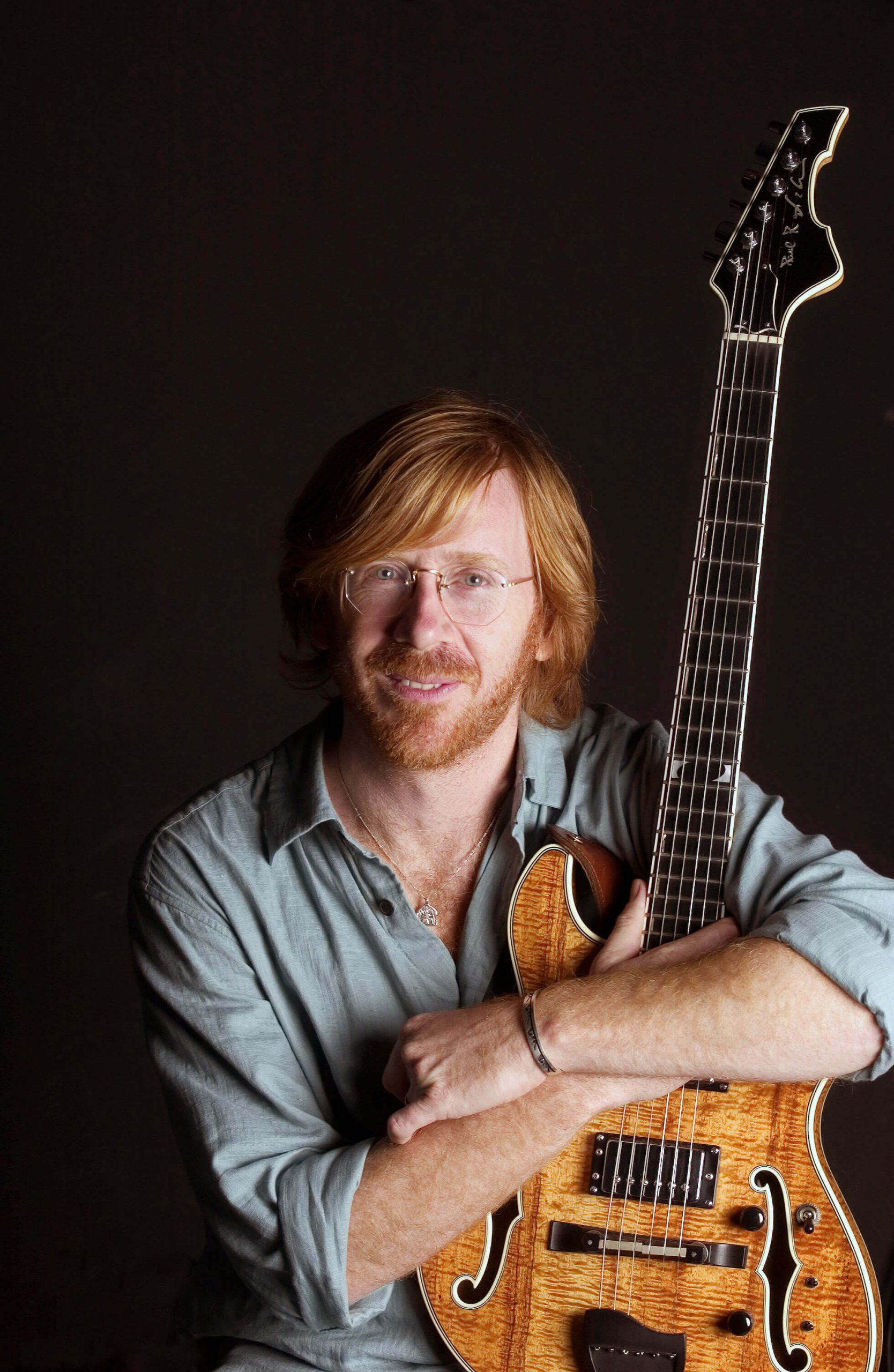 Since co-founding the seminal improv rock outfit Phish in 1983, guitarist, composer, and songwriter Trey Anastasio. Anastasio has explored a wide variety of musical pathways ranging from atonal fugues and elaborate charts with Phish to adventurous free jazz on his first solo project, Surrender to the Air (1996), to collaborations with the likes of Tom Marshall,…

Anastasio has explored a wide variety of musical pathways ranging from atonal fugues and elaborate charts with Phish to adventurous free jazz on his first solo project, Surrender to the Air (1996), to collaborations with the likes of Tom Marshall, Les Claypool, Philip Glass, Stewart Copeland, and others. After Phish went on long-term hiatus in late 2000, Anastasio focused on a myriad of projects, including Oysterhead and his eight-piece solo band.

Born Ernest Joseph Anastasio III in 1964, Anastasio attended Princeton Day School in Princeton, NJ, where he met future songwriting partner Tom Marshall. As a teenager, he helped his mother, Dina, write songs for children’s records. At the University of Vermont, he teamed up with bassist Mike Gordon, drummer Jon Fishman, and guitarist Jeff Holdsworth to form Phish. After being suspended from the university for a semester for a prank gone awry, Anastasio transferred to the highly experimental Goddard College outside of Burlington, where he studied intensely with composer Ernie Stires while writing and rehearsing Phish’s complicated early material. Soon after, Holdsworth was replaced by keyboardist Page McConnell.

An Evening With Trey Anastasio