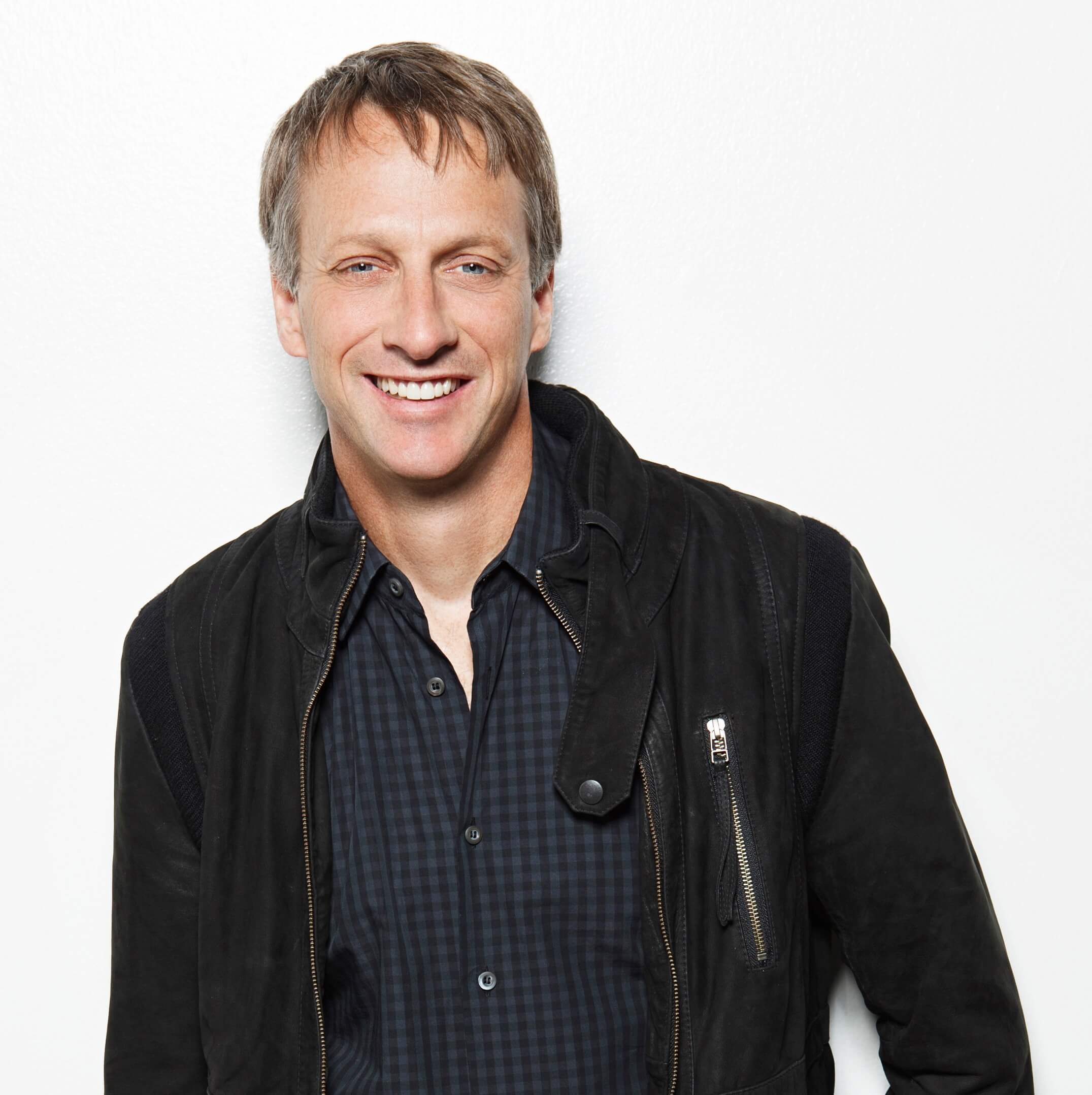 Entrepreneur, Professional Skateboarder, NY Times Bestselling Author How Did I Get Here? The Ascent of an Unlikely CEO

Tony Hawk was age 9 when his older brother gave him a blue fiberglass skateboard, chipped and scratched from years of use. The first time Tony stepped on it and rolled down an alley behind the family’s house in San Diego, there was no epiphany, no revelation … no foreshadowing whatsoever that he would go…

Tony Hawk was age 9 when his older brother gave him a blue fiberglass skateboard, chipped and scratched from years of use. The first time Tony stepped on it and rolled down an alley behind the family’s house in San Diego, there was no epiphany, no revelation … no foreshadowing whatsoever that he would go on to become the most famous skateboarder of all time. He reached the end driveway, looked back at his brother and shouted, “How do I turn?”

Eventually, of course, Tony learned to do more than merely turn. Practicing at the now-defunct Oasis Skatepark, the undersized prodigy soon began to attract attention by performing maneuvers well beyond his years. At age 12 he was winning amateur contests throughout California, at 14 he turned pro, and at 16 he was widely regarded as the best competitive skateboarder in the world. By the time he was 25, he’d competed in 103 pro contests, winning 73 of them and placing second in 19—a record that will almost certainly never be matched. He was crowned vertical skating’s world champion 12 years in a row.

As a 17-year old high school senior, Tony’s annual income surpassed that of his teachers, mostly as a result of royalties from his primary sponsor, Powell Peralta skateboards. He was able to buy his first home before he graduated. Through the late ‘80s, he traveled the world, skating demos and contests. Then, in 1991, the sport of skateboarding died a quiet but sudden death. Tony’s income shrank drastically; times were so lean that he survived on a $5-a-day Taco Bell allowance.

But while many of his peers moved on to other, more traditional pursuits, Tony never gave up on the sport he loved. The next few years flew by in a blur of financial uncertainty. Confident that skating would rebound, Tony refinanced his first house and with a friend launched his own skateboard company, Birdhouse Projects. The first few years were rough: Birdhouse wasn’t making money, and Tony’s future was sketchy.

But, almost as abruptly as it died, skating’s popularity surged skyward, and the Hawk became the Phoenix. Birdhouse grew into one of the biggest and best-known skate companies in the world, and Tony signed a wide range of endorsement deals. In 1998, he and his family started a children’s skate clothing company called Hawk Clothing. A year later, skating rocketed to unprecedented heights, from which it has yet to descend. Tony’s career came with it; in fact, he provided much of the fuel.

In 1999, Tony teamed up with Activision to create the Tony Hawk’s Pro Skater video game franchise. The Tony Hawk video game series became one of the most popular game franchises in history and continues to this day. His life would never be the same. In a stroke of good timing, at the X Games that year, Tony also became the first skateboarder to ever land a 900, a maneuver that had eluded (and occasionally hobbled) him for 10 years . It was one of skating’s most gripping moments, playing out in front of a collection of his peers and fans, and on national TV. That exposure, along with his successful video game, helped establish Tony’s mainstream celebrity.

Soon after the 1999 X Games, Tony retired from competition, although he continues to put on demos and exhibitions all over the world. His Boom Boom HuckJam Tour featured some of the top skateboarders, BMXers and freestyle motocross riders in a giant tour that played in large arenas and theme parks across the country. Tony’s action sports exhibitions and shows continue to pack venues worldwide.

Tony has won numerous awards, including Make-A-Wish’s Favorite Male Athlete, Teen Choice Awards’ Choice Male Athlete and Nickelodeon’s Kid’s Choice Awards’ Favorite Male Athlete, beating out such sports icons as Shaquille O’Neal, Tiger Woods, and Kobe Bryant. From video games to skateboards to online media to clothing to world tours, Tony has dominated the Action Sports market with his laid-back style. He is the most recognized Action Sports figure in the world and, according to some marketing surveys, one of the most recognizable athlete of any kind in the United States.

Tony regularly appears on television and in films, and hosts a weekly show on Sirius XM. His autobiography, HAWK—Occupation: Skateboarder was a New York Times bestseller and is currently available in paperback. In 2010, Wiley Publishing released How Did I Get Here? The Ascent of an Unlikely CEO.

As his income reached a level he never could have imagined, Tony made an effort to give back to the subculture that has given him so much. His Tony Hawk Foundation has funded over $5 million to over 550 skatepark projects throughout the United States and now the World. The Foundation helps finance public skateparks in low-income areas, providing a safe place to skate and helping young skaters from Marathon, Florida, to Sitka, Alaska, build their self-confidence. Skateparks that received financial assistance from the Tony Hawk Foundation currently serve more than 4.8 million young Americans annually.

How Did I Get Here? The Ascent of an Unlikely CEO
He’s the man who put skateboarding on the map. He’s the first to land a 900 (two and a half full rotations). He’s also among the richest pitchmen in any sport. And, in a sport that’s especially youth-oriented, Tony Hawk, a 40-something father of four, still connects with his audience by staying true to who he is. Moving easily between the ramp and the boardroom, Tony currently runs one of the most acclaimed action sports companies, a clothing line, and video game series bearing his name that has sold over $1 billion worldwide, making it the biggest selling action sports game franchise in gaming history. With Tony’s typical modesty and humor, he tells the amazing story of his unprecedented success from skateboarder to CEO. Starting his business out of the trunk of his car, he pledged to maintain authenticity in all he did, and it’s served him well. He has a deep connection to his audiences, fans and customers. With over 3 million followers, Tony is as great example of the power of social media. Tony’s story of building a global brand to giving back to community, his lessons of leadership, perseverance and initiative are relevant to any group. Even if they don’t wear skinny pants and grind the rails in a skatepark. 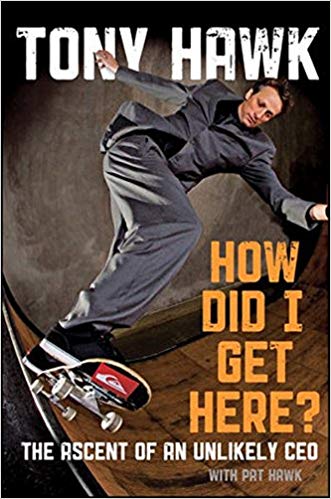 How Did I Get Here?: The Ascent of an Unlikely CEO