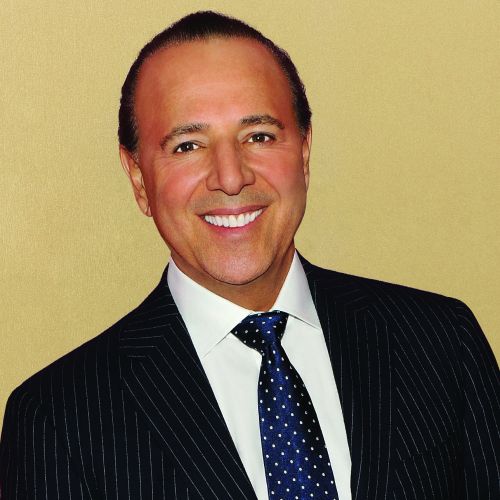 As one of the most highly regarded and influential executives in the worldwide media, entertainment, and communications business, Thomas “Tommy” D. Mottola most recently served as Chairman and CEO of Sony Music Entertainment.

Mr. Mottola was named President of Sony (formerly CBS Records) in 1988 at age 37, making him the youngest President in CBS history. In 1993 he was named Chairman and CEO of Sony Music Entertainment Worldwide. Under Mottola’s leadership, Sony revenues skyrocketed from $800 million to over $7 billion a year, creating the largest sales in the history of the company and making it the # 1 leader in world sales.

A renowned trendsetter, at the forefront of driving popular culture, Mr. Mottola is credited with the crossover success and global dominance of such Latin superstars as Gloria Estefan, Julio Iglesias, Ricky Martin, Shakira, Jennifer Lopez, and Marc Anthony which today has come to be known as “THE LATIN EXPLOSION.” He also initiated a number of highly successful co-branding strategies, including superstar Celine Dion’s marketing partnership with Chrysler and her multi-year residency at the Caesar’s Palace Forum Theater in Las Vegas, as well as an unprecedented and multifaceted global marketing campaign with Pepsi and Sony Music which helped launch the international careers of many of Sony’s top acts.

Mottola was able to create new and successful business models that added to Sony’s bottom line, such as amphitheaters in a co-venture with PACE Concerts, as well as creating the world’s largest rock merchandising company, Sony Signatures, which today are all part of Live Nation Entertainment.

Founding the Mottola Company shortly after leaving Sony, he has created a multi-media and communications organization whose diverse portfolio, in addition to recorded music, includes ownership of intellectual properties in the areas of music publishing, television development and production, social gaming, early child development, theater, and fashion; alongside a branding, consultation, and management company working with such clients as General Motors, Kraft Foods Inc., AT&T, Proctor & Gamble, and Hershey’s Food Corp. Most recently he has teamed with the Dodgers Organization (producers of Jersey Boys and Jesus Christ Superstar) and currently has 2 Broadway shows in development and production. In addition, he serves as a consultant/advisor to Catterton Partners of Greenwich, CT. and Sun Capital Partners of Boca Raton, FL. Working closely with the principals of these private equity firms buying and selling businesses and managing these acquisitions in the transitional and growth stages, as we well as sitting on the boards of some of these companies. In 2013, Mottola published Hitmakers: A Man and His Music, a memoir sharing his journey to become one of the music industry’s most powerful players.

An Evening With  Tommy Mottola