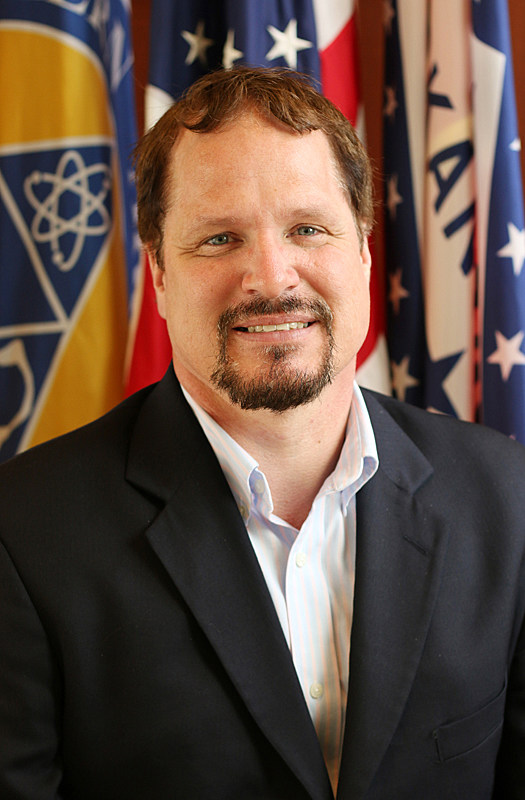 Anti-Racism Activist and Writer. Since 1995, he has given speeches at over 600 college campuses across the U.S.

Tim Wise is among the most prominent anti-racist writers and educators in the United States. Named one of “25 Visionaries Who are Changing Your World,” by Utne Reader, Wise has spoken in all 50 states, on over 800 college and high school campuses, and to community groups across the nation. He has also lectured internationally…

Tim Wise is among the most prominent anti-racist writers and educators in the United States. Named one of “25 Visionaries Who are Changing Your World,” by Utne Reader, Wise has spoken in all 50 states, on over 800 college and high school campuses, and to community groups across the nation.

He has also lectured internationally in Canada and Bermuda on issues of comparative racism, race and education, racism and religion, and racism in the labor market.

Wise is the author of six books, including his latest, Dear White America: Letter to a New Minority (City Lights Books); his highly acclaimed memoir, White Like Me: Reflections on Race from a Privileged Son (recently updated and re-released by Soft Skull Press); Affirmative Action: Racial Preference in Black and White; Speaking Treason Fluently: Anti-Racist Reflections From an Angry White Male; Between Barack and a Hard Place: Racism and White Denial in the Age of Obama; and Colorblind: The Rise of Post-Racial Politics and the Retreat from Racial Equity.

His forthcoming book, Under the Affluence: Shaming the Poor, Praising the Rich and Jeopardizing the Future of America, will be released in September 2015 (City Lifes Publishers).

Wise has contributed essays to twenty-five books, and is one of several persons featured in White Men Challenging Racism: Thirty-Five Personal Stories (Duke University Press). He received the 2001 British Diversity Award for best feature essay on race issues, and his writings have appeared in dozens of popular, professional and scholarly journals.

Wise has provided anti-racism training to teachers nationwide, and has conducted trainings with physicians and medical industry professionals on how to combat racial inequities in health care. He has also trained corporate, government, entertainment, military and law enforcement officials on methods for dismantling racism in their institutions, and has served as a consultant for plaintiff’s attorneys in federal discrimination cases in New York and Washington State.

In Summer 2005, Wise served as an adjunct faculty member at the Smith College School for Social Work, in Northampton, Massachusetts, where he co-taught a Master’s level class on Racism in the U.S. In 2001, Wise trained journalists to eliminate racial bias in reporting, as a visiting faculty-in-residence at the Poynter Institute in St. Petersburg, Florida.

From 1999-2003, Wise was an advisor to the Fisk University Race Relations Institute, in Nashville, and in the early ’90s he was Youth Coordinator and Associate Director of the Louisiana Coalition Against Racism and Nazism: the largest of the many groups organized for the purpose of defeating neo-Nazi political candidate, David Duke.

Wise has been featured in several documentaries, including the 2013 Media Education Foundation release, “White Like Me: Race, Racism and White Privilege in America.” The film, which he co-wrote and co-produced, has been called “A phenomenal educational tool in the struggle against racism,” and “One of the best films made on the unfinished quest for racial justice,” by Eduardo Bonilla-Silva of Duke University, and Robert Jensen of the University of Texas, respectively. He also appeared alongside legendary scholar and activist, Angela Davis, in the 2011 documentary, “Vocabulary of Change.” In this public dialogue between the two activists, Davis and Wise discussed the connections between issues of race, class, gender, sexuality and militarism, as well as inter-generational movement building and the prospects for social change.

Wise has appeared on hundreds of radio and television programs, is a regular contributor to discussions about race on CNN, and has been featured on ABC’s 20/20.

He graduated from Tulane University in 1990 and received anti-racism training from the People’s Institute for Survival and Beyond, in New Orleans.

Great White Hoax: Racism, Divide-and-Conquer and the Politics of Trumpism
In this presentation, Wise explores the rise of Donald Trump and the way Trumpism reflects longstanding traditions of white racial resentment in America. By placing current politics in a historical context, this talk allows the audience to understand what is new, and not so new about the rise of Trump. Furthermore, this presentation documents the way in which Trumpism is rooted in a common and ignoble history in which monied elites have pitted white working class folks against people of color, while ignoring the real causes of economic and social pain felt by millions. From Trump’s anti-immigrant rhetoric to his calls for “law and order,” Wise lays bare the intellectual absurdity of the Trump phenomenon, and demonstrates conclusively the way in which it it tied to an implicit or even explicitly white nationalist worldview.

White LIES Matter: Race, Crime and the Politics of Fear in America
In this talk, Wise examines the pushback to the Black Lives Matter movement, and the way in which conservative commentators and even the president have propagated blatant falsehoods about crime and violence in Black and brown communities so as to derail the movement against police brutality in America. As calls for police accountability rise in volume, the right has unleashed a pernicious campaign of propaganda to rationalize racial profiling, legitimize disproportionate police violence against persons of color, and discredit movements for reform. Part of a long tradition of what scholar Jody David Armour has called “Negrophobia,” the lies of the right regarding Black crime serve to boost support for mass incarceration, while doing nothing to improve public safety.

Challenging the Culture of Cruelty: Understanding and Defeating Race and Class Inequity in America
In this speech, drawn from his newest book, Under the Affluence: Shaming the Poor, Praising the Rich and Jeopardizing the Future of America, Tim Wise examines the ways in which American politics and culture serve to rationalize inequalities on the basis of class and race. From the myth of “rugged individualism” to the racialized attacks on the nation’s poor, American ideology has long served to explain away inequity as a natural outcome of differential talent, effort or cultural attributes. But as Wise shows in this presentation, to believe that the poor and unemployed are to blame for their own plight, or that the rich deserve their positions and wealth is to believe in a pernicious and destructive lie that threatens the very heart of democracy and true equal opportunity. By exploring the way that racism has been central to the development and perpetuation of the nation’s class system, Wise demonstrates the importance of undermining the dominant white racial narrative not solely to fight racism itself, but larger economic and social injustice as well.

Tim Wise can also tailor presentations to focus on topics like race and education, race and health care, race and class, among others.

In this interactive workshop, participants will explore the causes — both formal and informal — for institutional racial inequities. By examining the various policies practices and procedures that exist within educational, employment and organizational settings — and which often inadvertently perpetuate unequal opportunity and treatment — workshop attendees can develop strategies for shifting their institutional cultures in the direction of greater parity.

This session can be tailored specifically for educators (at the primary, secondary or higher ed level), businesses, non-profits, government agencies, or religious bodies, as desired.

Among the topics explored in the session are:
• The difference between individual bias and institutional bias
• The sources of internalized supremacy/oppression and how these can manifest in all of us
• Privilege as the flipside of oppression
• Stereotype Vulnerability and Racial Performance Gaps – The Hidden Key to Disparities
• The harms of inequity for all members of an institution, including dominant group members
• Strategies for creating equity in the classroom, workspace, and throughout our institutions

Ideally this workshop can be conducted as a, half-day,  full-day training or two-day training. Participants will work in small groups, in one-on-one pairings, and as a plenary.

Note: Workshops can be adapted to run fewer hours and/or to include more participants. Focus can be tailored to your specific goals and desired outcomes. 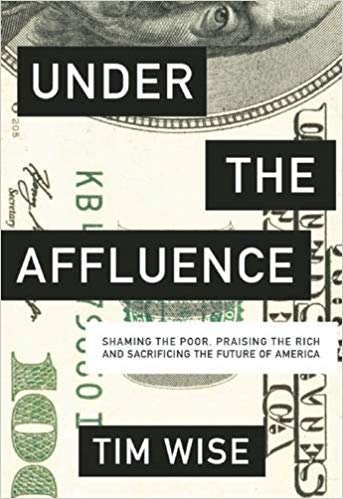 Under the Affluence: Shaming the Poor, Praising the Rich and Sacrificing the Future of America (City Lights Open Media) 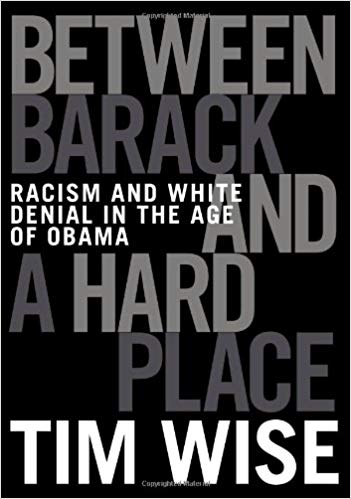 Between Barack and a Hard Place: Racism and White Denial in the Age of Obama 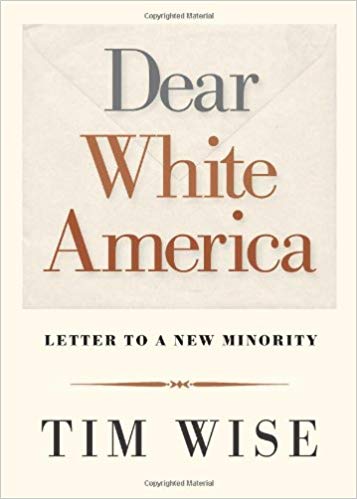 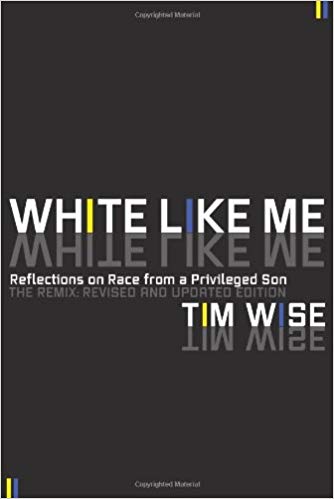 White Like Me: Reflections on Race from a Privileged Son

One of the most prolific speakers I’ve encountered. I heard students proclaim that Tim’s presentation changed their attitudes and helped them make a commitment to get involved with changing the system.

Your presentation changed minds, and strengthened others in their commitment to leading antiracist lives. You are a role model to white students and evidence to students of color that whites can see their privilege and work against it.