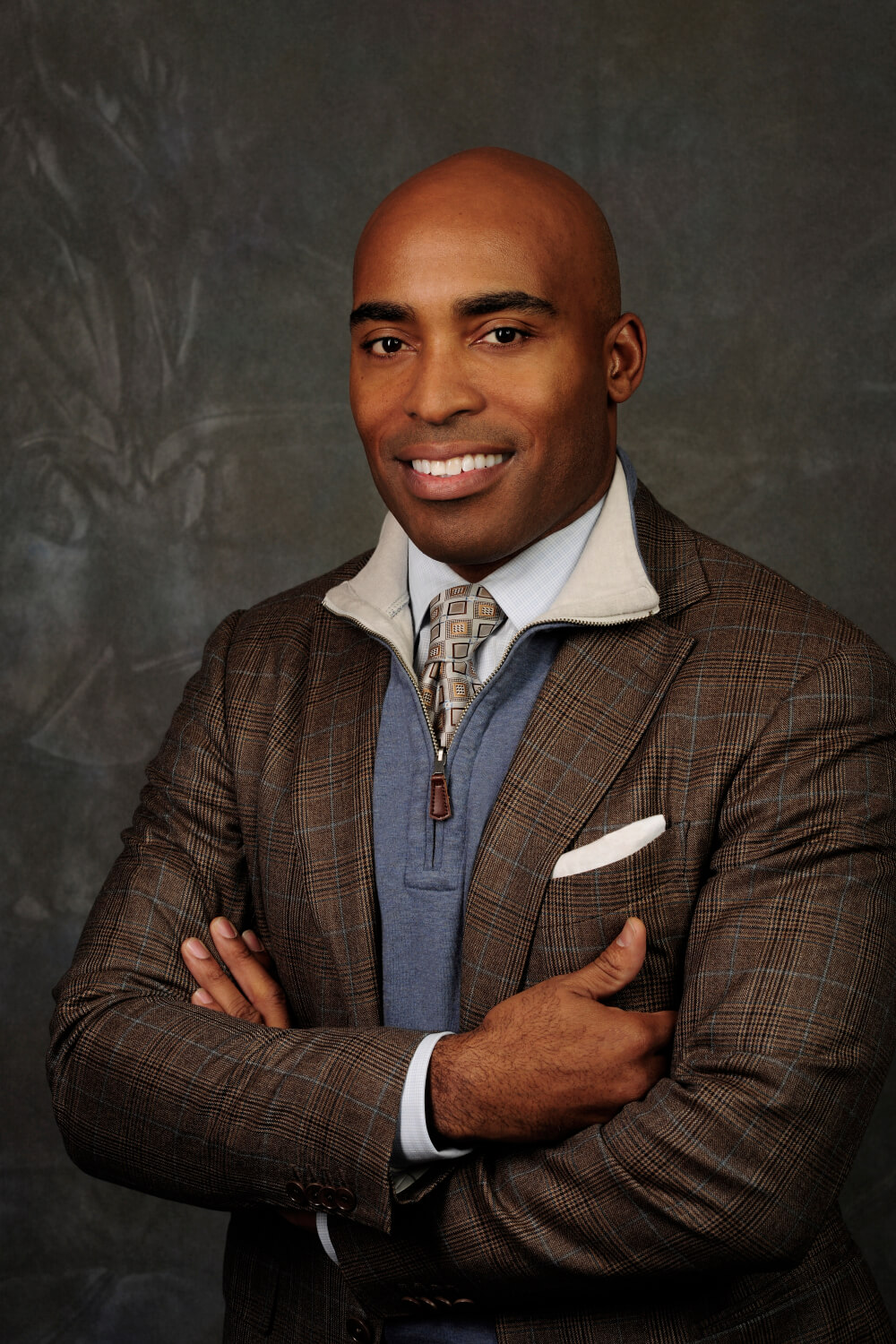 Tiki Barber Former NFL Pro Bowl Running Back, NBC Broadcaster is the unique individual who combines a stellar portfolio of athletics and broadcasting with a captivating story-telling presence at the podium. He is a renaissance man without equal today, as evidenced by a resume that includes: NBC correspondent, Pro Bowl running back, Sirius Satellite radio…

Tiki Barber Former NFL Pro Bowl Running Back, NBC Broadcaster is the unique individual who combines a stellar portfolio of athletics and broadcasting with a captivating story-telling presence at the podium.

He is a renaissance man without equal today, as evidenced by a resume that includes: NBC correspondent, Pro Bowl running back, Sirius Satellite radio host, author, producer, actor, corporate spokesman, scholar and philanthropist.

Barber joined NBC Universal in 2007 on the heels of his Hall of Fame-caliber NFL career. A three-time Pro Bowler, he will split time as a correspondent for the “Today” show and as an analyst for NBC`s “Football Night in America,” while also contributing to the 2008 and 2010 Olympics.

In 10 seasons on the gridiron, Barber joined Marshall Faulk and Marcus Allen as the only players in NFL history with at least 10,000 yards rushing and 5,000 yards receiving. He retired ranking third all-time in yards per carry (4.7) and 10th all-time in yards from scrimmage (15,632; rushing and receiving). Barber holds every conceivable Giants rushing record–total yards, rushing yards, rushing attempts and rushing touchdowns–and in his final regular-season game broke his own franchise single-game rushing mark with 234 yards, in a win vs. the rival Washington Redskins.

As active in the community as he was on the gridiron, Barber devotes generous time and money to the Children`s Miracle Network, the Fresh Air Fund and the Robin Hood Foundation, among others. A staunch advocate for literacy, he has co-authored with Ronde three successful children`s books, and is under contract to write a motivational memoir and two young-adult novels.

A Conversation With Tiki Barber