The Onion On Campus

The Onion is an award-winning satirical news organization, delivering unrivaled journalism and reaching millions of fans through print, broadcast, radio, online, and mobile outlets. Founded in 1988 as a student newspaper at the University of Wisconsin, Madison, the Onion now has a devout following of 2 million readers per week in print and has been…

Founded in 1988 as a student newspaper at the University of Wisconsin, Madison, the Onion now has a devout following of 2 million readers per week in print and has been described as “arguably the most popular humor periodical in world history” by The New Yorker. Its 23-time Webby Award-winning website, TheOnion.com, described by TIME as “the funniest site on the Internet,” averages 40 million page views per month.

The Onion brings humor and intellect into every live engagement. A typical presentation features two members of the creative staff offering the audience an intimate glimpse inside the writers’ room of America’s Finest News Source, as well as behind the scenes access to its video and television arm, the Onion News Network. The talented writers and editors walk the audience through the history of the satirical news behemoth, taking them beyond its famous headlines, and–provided the proper headset mics–they dance. Topics can range from an overview of the Onion’s year in news to a harsh analysis of today’s corporate landscape to what new media means for the publishing industry.

The Onion expanded into radio and video less than five years ago, extending its presentation to new audiences. Presently, the Onion Radio News is now regularly rated a top-five podcast by iTunes, and the Onion News Network, which won a Peabody Award in 2009, led to a television show on IFC by the same name.

The Onion’s first original book, Our Dumb Century, was a New York Times #1 bestseller and won the Thurber Prize for American Humor. In 2007, Our Dumb World – a complete world atlas – followed, and in 2009, Our Front Pages, a collection of the finest Onion covers, was released. All three have been critical and commercial hits.

In April 2010, the Onion began its foray into mobile applications with the launch of its first official iPhone app. Today, between applications available on the iPad, iPod, and on the Android, the Onion’s downloads amount to over 1 million.

From the weekly paper to video, radio, online, apps, books and on stage, Onion staffers strive toward the same goal: To mercilessly mock the left and the right, the powerful and the weak, the deserving and the utterly innocent.

With its speaker series, The Onion’s editors and writers take fans behind the scenes of America’s Finest News Source, teaching attendees timeless lessons about the immense power of journalistic integrity, and how The Onion produces its award-winning scathing commentary on world events, human behavior, and journalistic convention.

An Evening With The Onion

The Onion on Campus 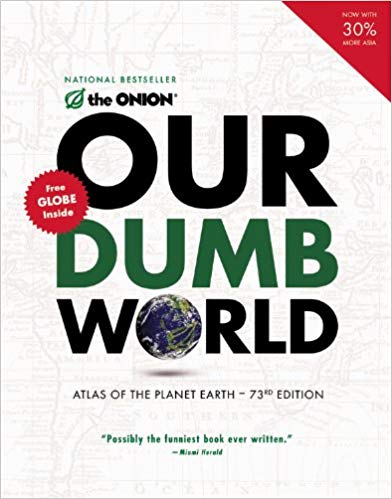 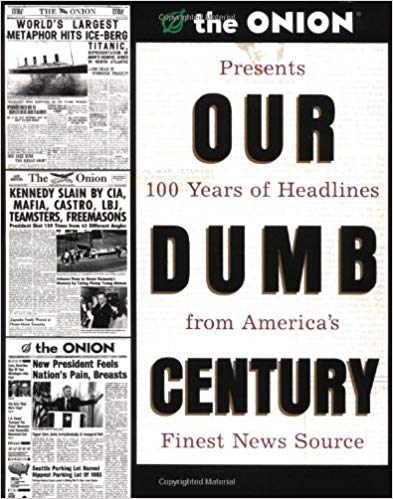 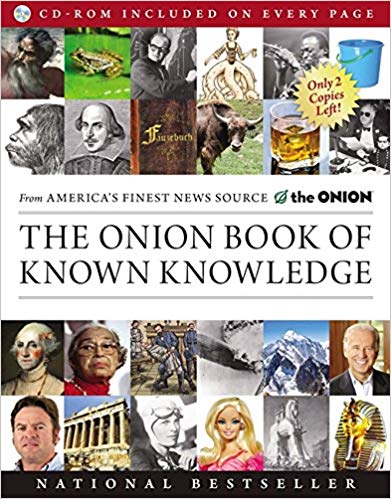 The Onion Book of Known Knowledge: A Definitive Encyclopaedia Of Existing Information 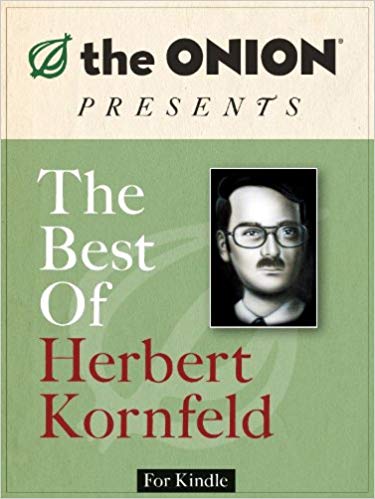 The Onion Presents The Best Of Herbert Kornfeld