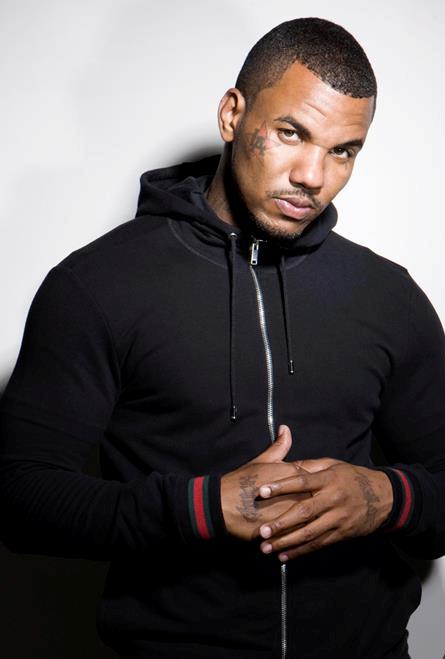 After selling millions of albums, The Game being nominated for Grammys, delivering scene-stealing performances in major motion pictures and starring in a hit television program, it may seem like there isn’t much to do for an artist. But Game decided to reach deep into his creative reservoir and deliver the strongest album of his already…

After selling millions of albums, The Game being nominated for Grammys, delivering scene-stealing performances in major motion pictures and starring in a hit television program, it may seem like there isn’t much to do for an artist.

But Game decided to reach deep into his creative reservoir and deliver the strongest album of his already remarkable career. The conceptually rich, sonically robust and star-studded Jesus Piece is the Compton rapper’s fifth studio release, yet it finds Game achieving heightened levels of artistry.

A concept album that focuses on the soul, spirit and emotion, Jesus Piece arrived organically. “The Jesus Piece album concept came together while I was recording a song that eventually became the title track,” Game explains. “It was this song that inspired me to create a series of recordings themed around experiences and feelings that I hope everyone can relate to on some level.”

Game then turns his attention to the ladies on “All That (Lady).” Building off a sample of D’Angelo’s smooth “Lady,” Game teams with Lil Wayne, Big Sean, Fabolous and Jeremih to champion women’s best attributes, from their ability to bring out the best in a man to their inner and outer beauty.

But Jesus Piece isn’t only about fun. It kicks off with the macabre “Scared Now.” With hauntinhing braggadocio verse.

The ominous “Ali Bomaye” with 2 Chainz and Rick Ross is a confrontational, take-no-prisoners lyrical exercise, while the piano-accented title track with Kanye West and Common finds Game asking for forgiveness for his transgressions and Common reflecting on his life journey, which has included living on the rugged South Side of Chicago and dining with world leaders.

Turning introspective, Game provides the stirring “Can’t Get Right.” This wistful look back at selected moments in rap history showcases Game’s ability to synthesize several pivotal moments in his life and make them into a compelling narrative. By documenting his work and longstanding relationships with Dr. Dre and Kendrick Lamar, among others, Game provides a rare and poignant look into the behind-the-scenes life and emotions of a rap superstar.

With the soulful “Freedom,” Game focuses his own career journey. He takes a call from Birdman on the track, where the two discuss Game’s upcoming career path. Nearly a decade into one of rap’s most successful careers, Game remains one of its marquee artists.

Even before Game released his first studio album, he has been among the most revered artists in rap. Signed to Dr. Dre in the early 2000s, Game exploded on the music scene in 2004 as the most dynamic member of 50 Cent’s G-Unit collective. With the release of Game’s debut album, 2005’s blockbuster The Documentary, the rapper became the first platinum artist to emerge from the West Coast in several years.

From there, Game broke out on his own, delivering a seemingly endless string of mixtapes and recording his acclaimed The Doctor’s Advocate album without either Dr. Dre’s or 50 Cent’s involvement. The 2006 release featured the hit singles “It’s Okay (One Blood)” and “Wouldn’t Get Far,” demonstrating that Game was his own artist. He was a star in his own right, a performer whose razor-sharp lyricism and virtually non-stop output of top-shelf material made him one of music’s most interesting artists.

Game’s charisma helped him make a seamless transition to acting. He delivered a hair-raising performance in the 2006 film Waist Deep with Tyrese Gibson and Meagan Good before sharing the screen in 2008 with Keanu Reeves and Chris Evans in the critically acclaimed cop drama Street Kings.

As Game made inroads in Hollywood, he remained rooted in the streets. His third album, 2008’s LAX, solidified his status as one of rap’s premier artists, while his next album, 2011’s The R.E.D. Album, became his third album to hit No. 1 on the Billboard 200.

Now with his Marrying The Game reality show airing on VH1, Game shows with Jesus Piece that music remains his first creative love. Buoyed by an envious list of Grade-A collaborators, Game has delivered a striking artistic statement.

“I have an amazing collection of artists helping me deliver the ‘good word,’” Game says. “I hope the fans will receive it as one of their favorite hip-hop albums of the year.”

Those who know what they’re talking about will.

A Conversation With Jayceon Taylor