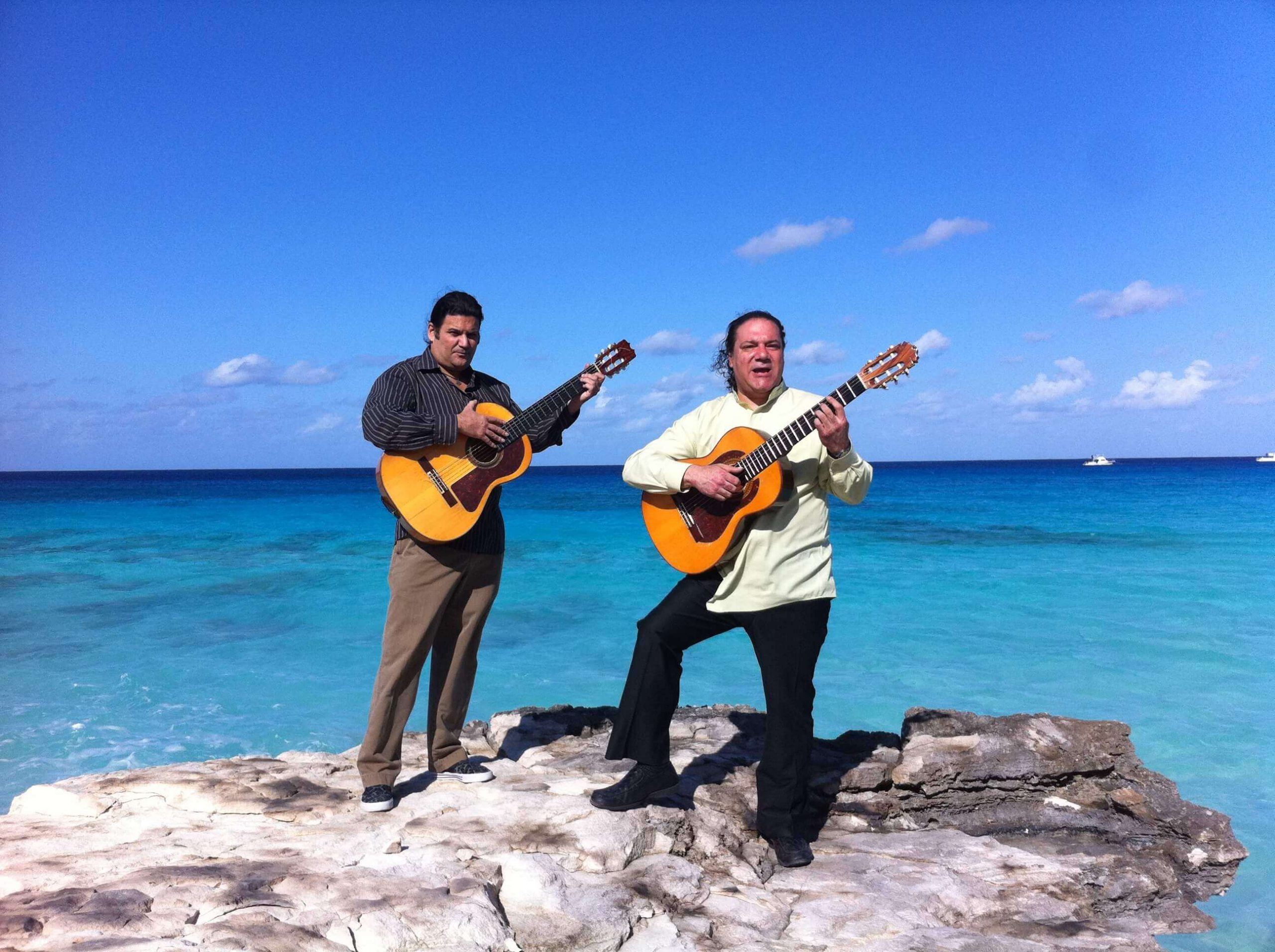 Popular around the world, The Cintron Brothers play a mix of World, Latin & Flamenco music and are also known as the greatest Gypsy Kings Tribute Band

These two talented brothers are natives of Spain and now reside in NYC.  Born performers, The Cintron Brothers exemplify all that is exciting and romantic about La Fiesta. Their guitars, vocals and melodies, set to enchanting rhythms, evoke the traditional sounds of their home country. Popular around the world, The Cintron Brothers play a mix…

These two talented brothers are natives of Spain and now reside in NYC.  Born performers, The Cintron Brothers exemplify all that is exciting and romantic about La Fiesta. Their guitars, vocals and melodies, set to enchanting rhythms, evoke the traditional sounds of their home country.

Popular around the world, The Cintron Brothers play a mix of World, Latin, and Flamenco music and are also known as the greatest Gypsy Kings Tribute Band.  Their music is expansive, they sing with the souls of gypsies, and they will  transport their audiences through a journey that moves them to dance, sing and cry.

Both Rafael  and Cristobal showed promise at an early age and were encouraged to sing by their mother, Maria Teresa Laguna Santos.  Rafael began singing his first harmony at the age of 8, Cristobal started at age 6, singing songs of Joselito.  Rafael was highly influenced and studied guitar with musical greats such as Maestro Sabicas and Maestro Mario Escudero.

Los Cintron have performed with a host of notable artists, including Gazpacho Andalu, Duende Camaron, Lito y Manolo, Los Canasteros, Sonia Olla, Ismael Fernandez and Barbara Martinez. The brothers play for audiences around the world, including the Metropolitan Opera in Carmen at Lincoln Center and in Paris, Moscow, London, Chile, Rome, New York.

An Evening With The Cintron Brothers