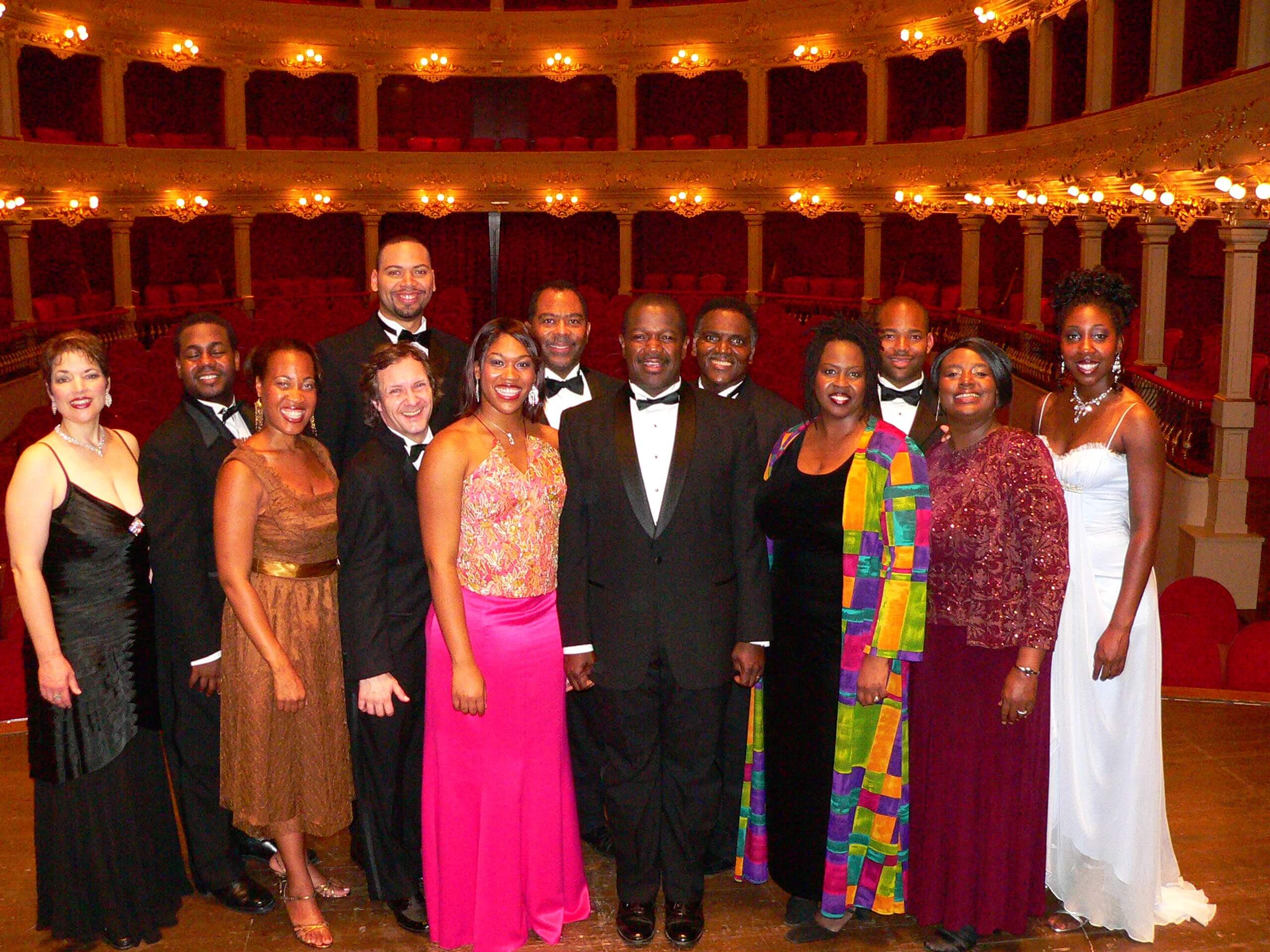 World-Renowned American Spiritual Ensemble. Composed of some of the finest classically trained singers in the United States, the group strives to keep the tradition of the Negro spiritual alive

The American Spiritual Ensemble, a critically-acclaimed professional group composed of more than 20 of the finest singers in the classical music world! The vocalists have thrilled audiences around the world with their dynamic renditions of classic spirituals and Broadway numbers. The American Spiritual Ensemble was founded by Everett McCorvey in 1995. Its members have sung…

The American Spiritual Ensemble, a critically-acclaimed professional group composed of more than 20 of the finest singers in the classical music world! The vocalists have thrilled audiences around the world with their dynamic renditions of classic spirituals and Broadway numbers.

The American Spiritual Ensemble was founded by Everett McCorvey in 1995. Its members have sung in theaters and opera houses around the world, including the Metropolitan Opera, New York City Opera, Houston Grand Opera, and abroad in Italy, Germany, Britain, Scotland, Spain and Japan.

The repertoire ranges from opera to spirituals to Broadway. The members of the American Spiritual Ensemble are soloists in their own right and the vocalists have thrilled audiences around the world with their dynamic renditions of classic spirituals, jazz and Broadway numbers highlighting the Black experience.

The mission of the American Spiritual Ensemble is to keep the American Negro spiritual alive. The repertoire ranges from spirituals to classical to Broadway and dance.

The American Spiritual Ensemble has presented diverse concerts throughout the United States, Europe and South America and has toured Spain seven times presenting over 80 concerts. Its founder, Everett McCorvey, is a native of Montgomery, Alabama.

He received his degrees from the University of Alabama, including a Doctorate of Musical Arts. As a tenor soloist, Dr. McCorvey has performed in many places including the Kennedy Center in Washington, D.C., the Metropolitan Opera in New York, Aspen Music Festival in Colorado, Radio City Music Hall in New York and in England, Germany, Italy, Spain, Japan, Poland and the Czech and Slovak Republics.

An Evening With The American Spiritual Ensemble

The most heavenly, divine sound of voices… unlike anything – and I mean anything – I’ve ever heard.