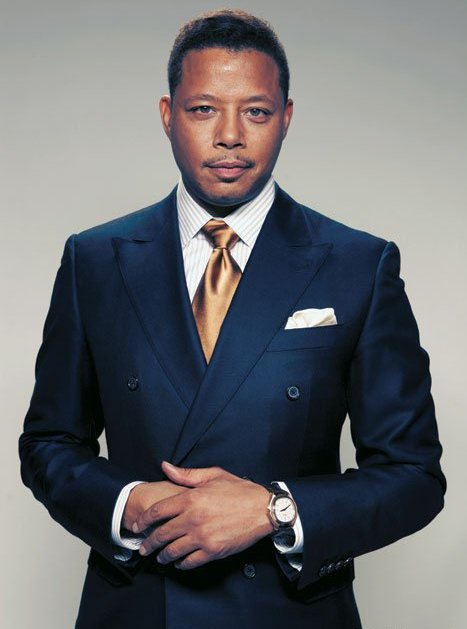 The multi-talented Terrence Howard is best known for his Golden Globe and Academy Award nominated work in Hustle & Flow, as well as for his supporting role in Crash, for which he received a National Board of Review Award for Best Breakthrough Performance. Born in Chicago, IL, Howard began his acting career as Jackie Jackson…

The multi-talented Terrence Howard is best known for his Golden Globe and Academy Award nominated work in Hustle & Flow, as well as for his supporting role in Crash, for which he received a National Board of Review Award for Best Breakthrough Performance. Born in Chicago, IL, Howard began his acting career as Jackie Jackson in the ABC miniseries The Jacksons: An American Dream, which was quickly followed by several notable TV appearances on shows such as Living Single and NYPD Blue.

He made his film debut in 1993 in Who’s the Man? which he followed with the role of played Cowboy in the period saga Dead Presidents.

In 1995 Howard was noticed for his role as a star high school athlete in Mr. Holland’s Opus, and soon after was offered a lead role in the UPN TV series Sparks. In 1999, Howard was honored with the NAACP Image Award for Outstanding Supporting Actor, an Independent Spirits Award nomination and a Chicago Film Critics Association Award nomination for his role as Quentin in The Best Man.

Howard is known as one of the most prolific actors of his generation; his feature film credits include diverse roles in Valerie Flake, Best Laid Plans, the Academy Award nominated Ray, Pride, The Brave One, August Rush, and Ironman. In 2008, he made his Broadway debut in an all-African-American production of Tennessee Williams’ Cat on a Hot Tin Roof. A self-taught musician, Howard plays both the piano and the guitar. He displays his musical talents in Ray as Ray Charles’ one-time guitarist Gossie McKee, and in Hustle & Flow as the rapper ‘Djay.’ For the movie, Howard performed all the tracks for his character, including “It’s Hard Out Here For A Pimp,” which won the Academy Award for Best Original Song.

Terrence was recently seen as ‘Nelson Mandela’ in Winnie Mandela, the award-winning Lee Daniels’ The Butler, Prisoners, The Best Man Holiday and St. Vincent. He is currently starring in the Fox musical drama series Empire.

When not acting, Terrence has involved himself in a great deal of other projects. He is a self-taught musician, philanthropist, and father of three. Terrence has become an ambassador for EIF and Stand Up 2 Cancer. He has been very involved in cancer research, and done many public service announcements for the cause. He currently splits his time between Los Angeles and Pennsylvania.

A Conversation With Terrence Howard