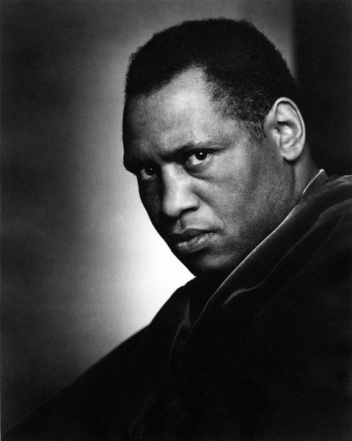 The acclaimed British production Call Mr. Robeson, a play, which celebrates the life and work of the great singer, actor and civil rights activist Paul Robeson. The production, by Tayo Aluko and Friends, has toured to rave reviews, with the author and performer Aluko’s portrayal of Robeson lauded by critics as “dynamic” and “profound.” The…

The acclaimed British production Call Mr. Robeson, a play, which celebrates the life and work of the great singer, actor and civil rights activist Paul Robeson.

The production, by Tayo Aluko and Friends, has toured to rave reviews, with the author and performer Aluko’s portrayal of Robeson lauded by critics as “dynamic” and “profound.” The Guardian, one of Britain’s largest news organizations, gave the one-man show four stars and called it “first rate.”  In February of last year, the production received a rousing standing ovation at New York’s famed Carnegie Hall.

This award winning show, a journey through Paul Robeson’s remarkable life, highlights how his activism led to his downfall after he became the most famous American artist of his time.  It features fiery oratory and some of Robeson’s most famous songs, including a dramatic rendition of Ol’ Man River.

Aluko is a native of Nigeria who now lives in Liverpool, England.  A baritone, he has sung as soloist in Britain, Germany, Ireland and Nigeria.  He has performed lead roles in such operas and musicals as Nabucco, Kiss Me Kate and Anything Goes.  Call Mr. Robeson won the Argus Angel Award for Artistic Excellence, the Best Male Performer Award at the 2008 Brighton Festival Fringe and two Merit Awards for Excellence in London in 2010.

Call Mr. Robeson has been performed around the world as has Aluko’s From Black Africa to the White House.  Aluko researched, wrote and narrated a piece on West African history before the slave trade that is a permanent exhibit at Liverpool’s International Slavery Museum. He sits on the board of the Royal Liverpool Philharmonic Hall and Events Company.

An Evening With Tayo Aluko