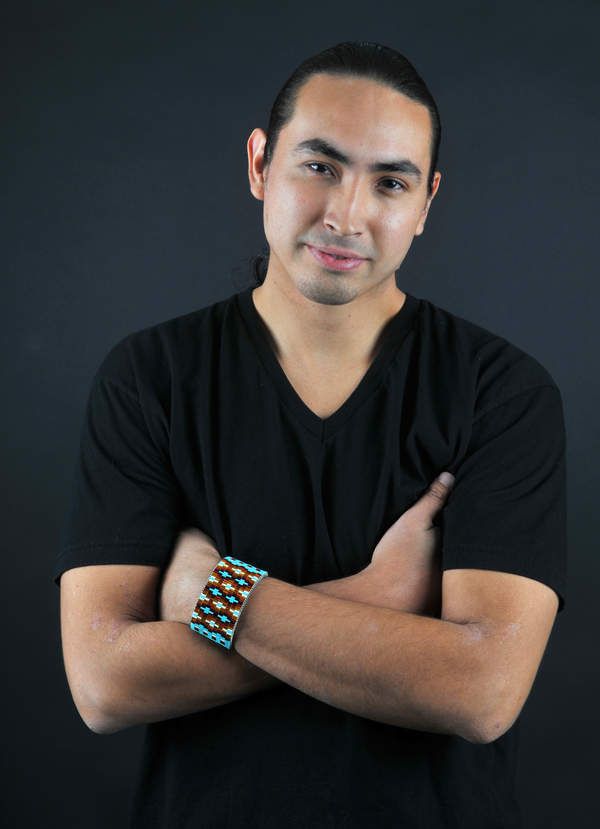 Tatanka Means is an award-winning actor, stand-up comedian and motivational speaker from Chinle, Arizona. He represents the Navajo, Oglala Lakota and Omaha Nations. His most recent movie credits include THE SON on AMC, the upcoming film ONCE UPON a RIVER based on the New York Times best seller, and THE CHICKASAW RANCHER produced by the…

Tatanka Means is an award-winning actor, stand-up comedian and motivational speaker from Chinle, Arizona. He represents the Navajo, Oglala Lakota and Omaha Nations. His most recent movie credits include THE SON on AMC, the upcoming film ONCE UPON a RIVER based on the New York Times best seller, and THE CHICKASAW RANCHER produced by the Chickasaw Nation.

Means can be seen starring in the television movie SAINTS & STRANGERS for the National Geographic Channel, and in the AMC series THE SON with Pierce Brosnan. He can also be seen in A MILLION WAYS TO DIE IN THE WEST, season two of BANSHEE on Cinemax, THE NIGHT SHIFT on NBC, and GRAVES with Nick Nolte. Other highlights in film and television include appearing as Crazy Horse in Steven Spielberg’s TNT mini-series INTO THE WEST, and in his role as “Wolf” in TIGER EYES based upon the novel by acclaimed author Judy Blume.

Aside from acting Tatanka performs stand-up comedy internationally throughout the U.S. and Canada. Tatanka is one of the busiest touring Native comedians performing today. You can also catch him with the hilarious Native American Comedy group, 49 Laughs. Tatanka travels Indian Country spreading laughter and messages of motivation to all ages entertaining audiences everywhere from casinos and schools, conferences and colleges to prisons and rehab centers. Means was recognized and awarded for his comedy by being voted “Best Comedian” by Albuquerque The Magazine.

Means has also developed and launched his own screen printing company, Tatanka Clothing. Apparel designed and created to uplift and inspire cultural empowerment.

A dedicated entertainer and entrepreneur Means was recognized and awarded with the Entrepreneur of the Year Award by the American Indian Business Leaders.

Tatanka’s ambition and perseverance has taken him from his home on the reservation to traveling across North America. He has become a much-needed role model for all American Indian First Nations youth. Tatanka is proud to be an alcohol & drug-free sober performer and living a healthy lifestyle.

Native Americans: Past, Present, and Future
From our creation as a people to fighting for our lives, we exist in a pop culture with the last of our elders. Means explores a reality of living in two worlds while preserving life and culture.

Youth Empowerment
Believing in yourself, you are enough and nothing is impossible.

Having Tatanka as our school’s guest speaker for Native American Heritage Month was an honor to say the least. He has such a way with the students, and perfectly blends humor with his message. What I loved even more was that he made sure he took the time to see every student or adult that wanted to meet him after his speech and left an amazing impression on everyone in attendance. He certainly is a role model for today’s youth and we would love to bring him back again if given the opportunity!”

Tatanka Means began our Families Learning Summit 2016 as the featured speaker at the opening session. He was so generous with his time, connecting with our 700 conference participants, sharing personal stories, while inspiring and motivating over 100 American Indian teachers in the audience. His humor and real-life, inspirational experiences were so motivational to the many teachers and administrators in the audience. He spent over three hours after his speech with our American Indian participants who were very honored to have conversation and picture taking time with one of their famous role models.”

This was a very mission-centric endeavor, and Tatanka was gracious throughout, visiting more than 700 students and educators at three venues in a single day. At each venue, Tantanka was masterful at engaging the audience, weaving life events into his inspirational message and providing insight into his most current project, Saints & Strangers. He also signed promotional posters at each event, which the students loved. Thanks for inviting us to screen Saints & Strangers. Tatanka was such a delight, and a tremendous ambassador on so many levels, I am quite certain his reach and message will only grow in scope and impact.

Tatanka Means smashed it! He left everyone laughing all through the week. Mr. Means greeted our community with open arms as if he had been part of our community all his life. Brother, I would welcome you back anytim