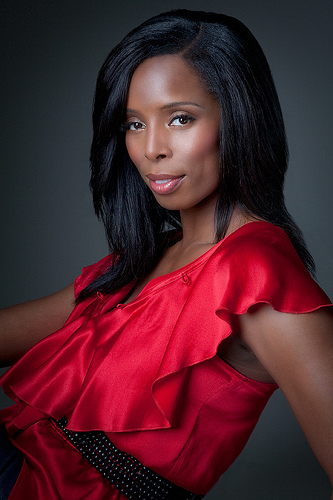 Actress, Comedian and Model. She also has a recurring role as Carol Holloway on the Fox musical drama series Empire

Tasha Smith is a multifaceted actress whose work brings style and intensity to the subjects she plays on the big and small screens. Smith can currently be seen in Tyler Perry’s television series “FOR BETTER OR WORSE” (OWN). Smith’s memorable portrayal of “Angela,” in Perry’s box office hits, “WHY DID I GET MARRIED?” and its…

Tasha Smith is a multifaceted actress whose work brings style and intensity to the subjects she plays on the big and small screens. Smith can currently be seen in Tyler Perry’s television series “FOR BETTER OR WORSE” (OWN). Smith’s memorable portrayal of “Angela,” in Perry’s box office hits, “WHY DID I GET MARRIED?” and its sequel, “WHY DID I GET MARRIED, TOO?”, alongside Janet Jackson and Jill Scott, sparked the creation of the spin-off series which is focused around her relationship with onscreen husband, “Marcus”, played by Michael Jai White.

Smith is also well-known for her extensive work on the small screen; most notably, her critically-acclaimed portrayal of the drug-addicted, ‘Ronnie Boyce,” in HBO’s Emmy Award-winning mini-series, “THE CORNER” directed by Charles S. Dutton. Smith has also guest starred on numerous popular television shows such as; “NIP/TUCK,” “MEET THE BROWNS,” “THE GAME,” “GIRLFRIENDS,” “ALL OF US,” “WITHOUT A TRACE,” and “STRONG MEDICINE,” among others.

On and off the big and small screen, Tasha Smith seems to naturally command attention. She takes time to share her inspirational life story through motivational speaking, as well as mentoring emerging actors through the Tasha Smith Actors Workshop (TSAW). Her latest venture is as a beauty entrepreneur, where she has partnered with a top chemist to develop her new fragrance, US. Her mission is to make her fragrance affordable and available to local merchants directly within the community.

In her spare time, the Camden, New Jersey native loves to workout at the gym, cook gourmet meals, and entertain friends at her home. A newlywed, Smith resides in Los Angeles with her husband/manager Keith Douglas.

An Evening With Tasha Smith

Actress Tasha Smith from OWN’s 'For Better or Worse'