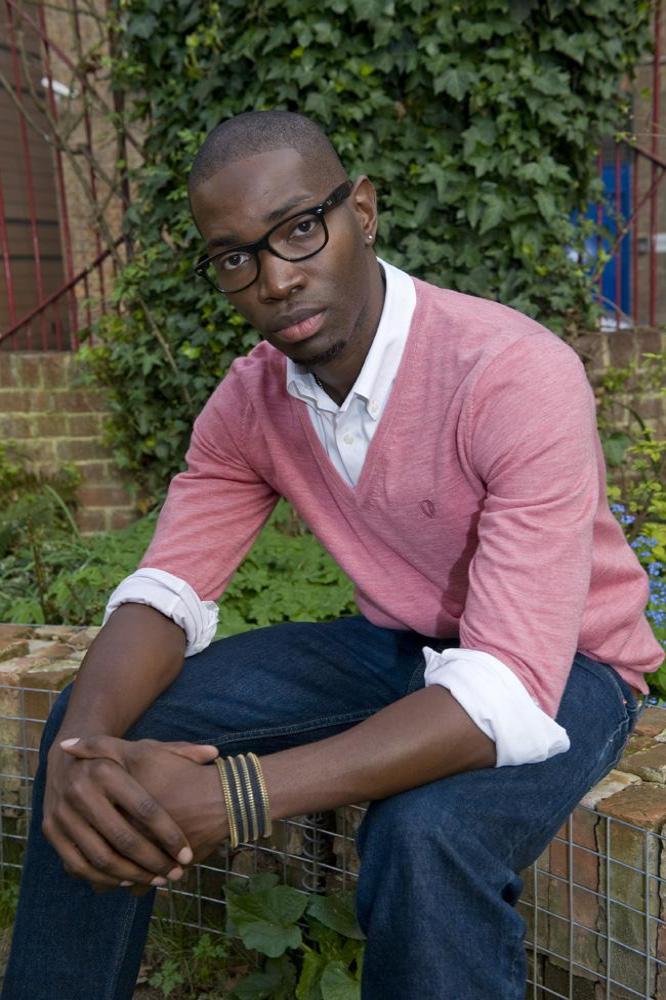 Tarell Alvin McCraney is best known for his acclaimed trilogy, The Brother/Sister Plays which include The Brothers Size, In the Red and Brown Water and Marcus: Or the Secret of Sweet. Other plays include Head of Passes, Choir Boy and Wig Out! Tarell’s play In Moonlight Black Boys Look Blue is the basis for the…

Tarell Alvin McCraney is best known for his acclaimed trilogy, The Brother/Sister Plays which include The Brothers Size, In the Red and Brown Water and Marcus: Or the Secret of Sweet. Other plays include Head of Passes, Choir Boy and Wig Out!

Tarell’s play In Moonlight Black Boys Look Blue is the basis for the Oscar-winning film Moonlight directed by Barry Jenkins, for which McCraney and Jenkins also won a Best Adapted Screenplay Oscar. Among its many other honors, the film has won a Golden Globe for Best Drama, Gotham Award for Best Feature, NAACP Image Award for Best Independent Film, WGA Award for Best Original Screenplay, the Human Rights Campaign’s Visionary Arts Award, and 6 Independent Spirit Awards including Best Picture and Best Screenplay. Tarell has also worked on TV and film projects with Playtone, HBO, and Disney.

Tarell is the recipient of a MacArthur “Genius” Grant, the Whiting Award, Steinberg Playwright Award, the Evening Standard Award, the New York Times Outstanding Playwright Award, the Paula Vogel Playwriting Award, the Windham Campbell Award, and a Doris Duke Artist Award. He was the International Writer-in-Residence for the Royal Shakespeare Company from 2008-2010, and a former resident playwright at New Dramatists. He is an ensemble member at Steppenwolf Theatre Company and a member of Teo Castellanos/D-Projects in Miami.

Tarell is a graduate from the New World School of the Arts, the Theatre School at DePaul University, and the Yale School of Drama, as well as received an honorary doctorate from the University of Warwick. As Professor of Theatre and Civic Engagement at University of Miami, he created a three-year program in partnership with UM, Miami-Dade County and the African Heritage Cultural Arts Center. He was recently named the new Chairman of the Playwriting Department at the Yale School of Drama, as well as Playwright in Residence at Yale Repertory Theater.

A Conversation With Tarell Alvin McCraney

"Moonlight" writer on its origin and critical success

Everything yesterday went great. Everyone was very engaged in the dialogue.

Tarell was so amazing, so so amazing. He showed up and completely blew us all away. Thank you from the bottom of our hearts!