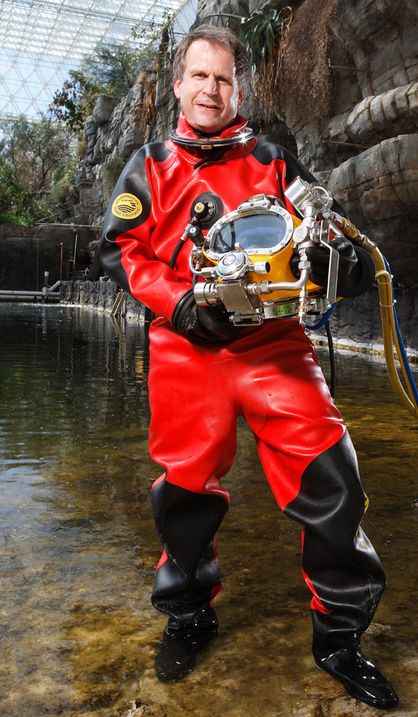 Taber MacCallum is the Chief Technology Officer of World View, a space balloon company offering commercial businesses and, eventually, tourists routine access to space. Taber was a member of the Biosphere 2 design team and an original crew member that lived inside the self-sustaining prototype space colony for two full years. He is a co-founder…

Taber MacCallum is the Chief Technology Officer of World View, a space balloon company offering commercial businesses and, eventually, tourists routine access to space. Taber was a member of the Biosphere 2 design team and an original crew member that lived inside the self-sustaining prototype space colony for two full years.

He is a co-founder of Paragon Space Development Corporation, serving as CEO for the entirety of his tenure. During his time at Paragon, Taber also served as Chief Safety Officer and core team leader of the StratEx Space Dive program, which hoisted Google VP Alan Eustace to ~136,000ft for a record-breaking space dive via high-altitude balloon. Mr. MacCallum holds technology patents in analytical chemistry, spacecraft thermal control, contaminated water diving and spacecraft testing.

He has managed experiments on the Soviet BioSatellite, Space Shuttle, Mir and the ISS. He also previously served as Chief Technology Officer for Inspiration Mars, which planned to launch two people on a fly-by mission around Mars in 2021.

Taber MacCallum and Jane Poynter, co-founders of World View Enterprises and part of the Biosphere experiment in the early 90’s, talk about their two years inside the Biosphere 2 and the experiments they have conducted since then. The unique setting of Biosphere 2, the world’s largest earth science laboratory, inspired fresh thinking and new ideas.

A Conversation With Taber MacCallum