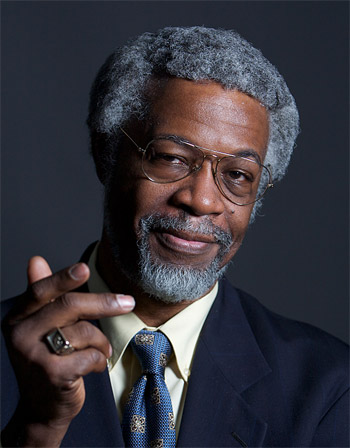 Sylvester James Gates, Jr. is an American theoretical physicist known for his work on supersymmetry, supergravity, and superstring theory. The recipient of two B.S. degrees and a Ph.D. degree from Massachusetts Institute of Technology, his doctoral thesis was the first at MIT to deal with supersymmetry. Dr. Gates is a University System Regents Professor, the…

Sylvester James Gates, Jr. is an American theoretical physicist known for his work on supersymmetry, supergravity, and superstring theory. The recipient of two B.S. degrees and a Ph.D. degree from Massachusetts Institute of Technology, his doctoral thesis was the first at MIT to deal with supersymmetry.

Dr. Gates is a University System Regents Professor, the John S. Toll Professor of Physics at the University of Maryland, College Park, the Director of its String and Particle Theory Center, and Affiliate Professor of Mathematics. He serves on President Obama’s Council of Advisors on Science and Technology and on the Maryland State Board of Education. In 1984, he co-authored Superspace, the first comprehensive text book on supersymmetry.

In 2006, he completed a DVD series entitled Superstring Theory: The DNA of Reality, 24 half-hour lectures making the complexities of unification theory understandable for non-physicists.

Dr. Gates is regularly featured on science documentary programs.  In 2015, there were “The Big Bang Machine,” “The Great Math Mystery,”  and “Inside Einstein’s Mind” as well as three others.  He is, a fellow and past president of the National Society of Black Physicists, and a Fellow of the American Physical Society, the American Association for the Advancement of Science, and the Institute of Physics in the United Kingdom.

Dr. Gates is also a member of the American Academy of Arts and Sciences, the American Philosophical Society, and in 2013 was the first African-American physicist elected to the National Academy of Sciences in its 150-year history.

In 2013, President Obama awarded Dr. Gates the Medal of Science, the nation’s highest award given to scientists.

Dr. Gates continues his research in supersymmetry in systems of particles, fields, and strings.

A Conversation with Sylvester James Gates

Superspace or 1001 Lessons in Supersymmetry

What Did St. Augustine, Galileo & Einstein Have to Say about Faith vs. Science?