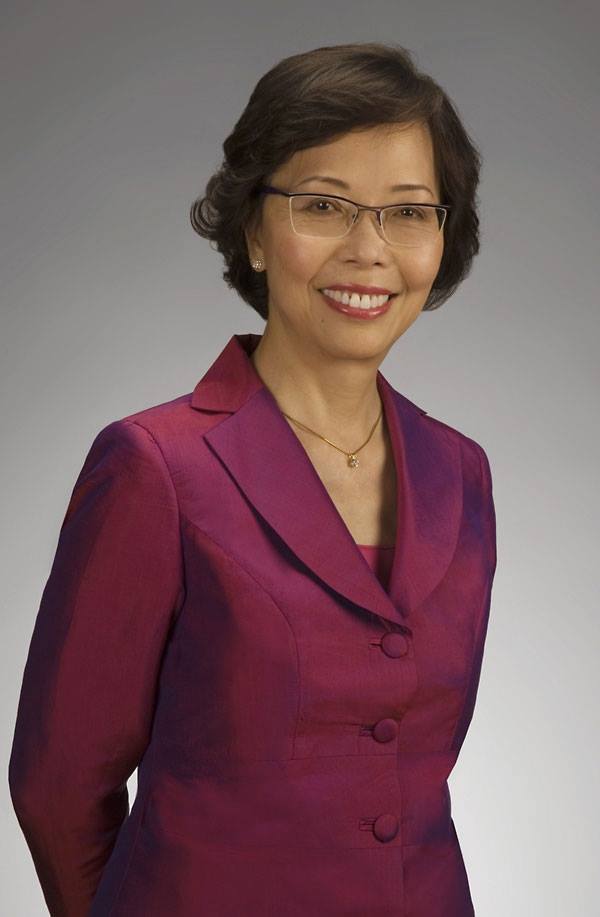 Susan Au Allen came to the United States from Hong Kong on an invitation from the White House in recognition of her volunteer work for people with disabilities. She received her Juris Doctor from the Antioch School of Law and LL.M. in International Law from Georgetown University. During her 17 years with Paul Shearman Allen…

Susan Au Allen came to the United States from Hong Kong on an invitation from the White House in recognition of her volunteer work for people with disabilities.

She received her Juris Doctor from the Antioch School of Law and LL.M. in International Law from Georgetown University. During her 17 years with Paul Shearman Allen & Associates of Washington, DC and Hong Kong, she became nationally recognized for her work on immigration, international trade and investment.

In 2001, she won two Federal cases for her clients, took sabbatical leave from her law practice, and became USPAACC National President & CEO. Long an effective advocate for small businesses on Capitol Hill, the White House, government, corporate America and the media, Susan achieved a new level of influence when President George H.W. Bush appointed her to the Council of the Administrative Conference of the United States where she served from 1991 to 1996.

Susan is a frequent guest at the White House and Congressional events that address issues affecting America’s small, minority and women business communities.

She has contributed op-ed articles to USA Today, The Washington Times, The Baltimore Sun, Asian Week, and Asian Fortune, and appeared as a commentator on C-Span, CNN, CNBC, ABC, Fox News, The News Hour, To the Contrary, This is America, and The Editor.

An Evening With Susan Au Allen

Susan Au Allen of USPAACC on the Asian American Vote