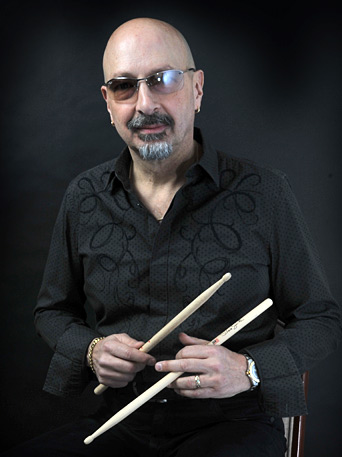 Steve Smith was originally drawn to the drums by hearing marching bands in parades as a child in his native Massachusetts. At age nine, in 1963, Smith began studying the instrument in earnest with local Boston area teacher Bill Flanagan, who played in big bands in the swing era. Smith performed in the usual school…

Steve Smith was originally drawn to the drums by hearing marching bands in parades as a child in his native Massachusetts. At age nine, in 1963, Smith began studying the instrument in earnest with local Boston area teacher Bill Flanagan, who played in big bands in the swing era.

Smith performed in the usual school band program and garage bands while in his teens, but also began to broaden his performing experience by playing in a professional Brockton concert band and even the big band at the local college, Bridgewater State.

After high school, Smith began studying music at the famed Berklee College of Music in Boston in 1972. There he received valuable instruction from such renowned teachers as Gary Chaffee and Alan Dawson.

In 1974 Smith’s professional career began in full, at 19 years old, with his tenure in the Lin Biviano Big Band, which he toured and recorded with for the next two years. At that same time he also performed with bebopper Buddy DeFranco and was a member of free-jazz group The Fringe featuring George Garzone. In 1976, Smith began his association with jazz/fusion by joining violinist Jean Luc Ponty and recording the album “Enigmatic Ocean” (Atlantic 1977), which also featured guitarist Allan Holdsworth.

However, it was while touring with rocker Ronnie Montrose a year later that Smith was asked to join the popular rock band Journey which brought his playing to the attention of a young rock audience.

A Conversation With Steve Smith