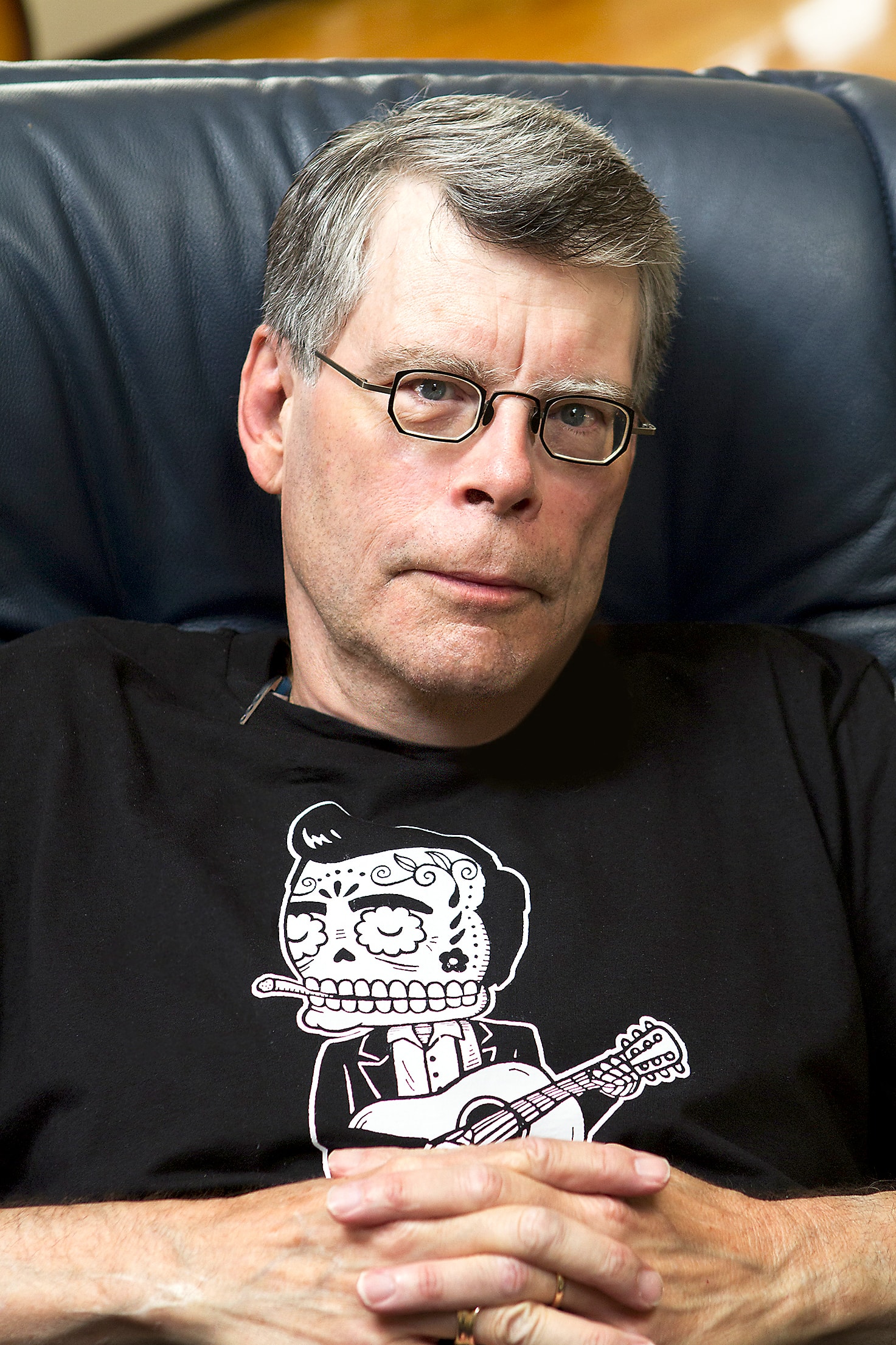 Legendary Author. Author of Contemporary Horror; Won Best Myster and Thriller for His Novel, "Mr. Mercedes," in the GoodReads Choice Awards of 2014

Stephen Edwin King was born in Portland, Maine in 1947, the second son of Donald and Nellie Ruth Pillsbury King. After his parents separated when Stephen was a toddler, he and his older brother, David, were raised by his mother. Parts of his childhood were spent in Fort Wayne, Indiana, where his father’s family was…

Stephen Edwin King was born in Portland, Maine in 1947, the second son of Donald and Nellie Ruth Pillsbury King. After his parents separated when Stephen was a toddler, he and his older brother, David, were raised by his mother. Parts of his childhood were spent in Fort Wayne, Indiana, where his father’s family was at the time, and in Stratford, Connecticut.

When Stephen was eleven, his mother brought her children back to Durham, Maine, for good. Her parents, Guy and Nellie Pillsbury, had become incapacitated with old age, and Ruth King was persuaded by her sisters to take over the physical care of the elderly couple. Other family members provided a small house in Durham and financial support. After Stephen’s grandparents passed away, Mrs. King found work in the kitchens of Pineland, a nearby residential facility for the mentally challenged.

Stephen attended the grammar school in Durham and then Lisbon Falls High School, graduating in 1966. From his sophomore year at the University of Maine at Orono, he wrote a weekly column for the school newspaper, THE MAINE CAMPUS. He was also active in student politics, serving as a member of the Student Senate. He came to support the anti-war movement on the Orono campus, arriving at his stance from a conservative view that the war in Vietnam was unconstitutional. He graduated from the University of Maine at Orono in 1970, with a B.A. in English and qualified to teach on the high school level. A draft board examination immediately post-graduation found him 4-F on grounds of high blood pressure, limited vision, flat feet, and punctured eardrums.

He and Tabitha Spruce married in January of 1971. He met Tabitha in the stacks of the Fogler Library at the University of Maine at Orono, where they both worked as students. As Stephen was unable to find placement as a teacher immediately, the Kings lived on his earnings as a laborer at an industrial laundry, and her student loan and savings, with an occasional boost from a short story sale to men’s magazines.

Stephen made his first professional short story sale (“The Glass Floor”) toStartling Mystery Stories in 1967. Throughout the early years of his marriage, he continued to sell stories to men’s magazines. Many of these were later gathered into the Night Shift collection or appeared in other anthologies.

In the fall of 1971, Stephen began teaching high school English classes at Hampden Academy, the public high school in Hampden, Maine. Writing in the evenings and on the weekends, he continued to produce short stories and to work on novels.

In the spring of 1973, Doubleday & Co. accepted the novelCarriefor publication. On Mother’s Day of that year, Stephen learned from his new editor at Doubleday, Bill Thompson, that a major paperback sale would provide him with the means to leave teaching and write full-time.

At the end of the summer of 1973, the Kings moved their growing family to southern Maine because of Stephen’s mother’s failing health. Renting a summer home on Sebago Lake in North Windham for the winter, Stephen wrote his next-published novel, originally titledSecond Coming and then Jerusalem’s Lot, before it became ‘Salem’s Lot, in a small room in the garage. During this period, Stephen’s mother died of cancer, at the age of 59.

Carrie was published in the spring of 1974. That same fall, the Kings left Maine for Boulder, Colorado. They lived there for a little less than a year, during which Stephen wrote The Shining, set in Colorado. Returning to Maine in the summer of 1975, the Kings purchased a home in the Lakes Region of western Maine. At that house, Stephen finished writing The Stand, much of which also is set in Boulder. The Dead Zonewas also written in Bridgton.

In 1977, the Kings spent three months of a projected year- long stay in England, cut the sojourn short and returned home in mid-December, purchasing a new home in Center Lovell, Maine. After living there one summer, the Kings moved north to Orrington, near Bangor, so that Stephen could teach creative writing at the University of Maine at Orono. The Kings returned to Center Lovell in the spring of 1979. In 1980, the Kings purchased a second home in Bangor, retaining the Center Lovell house as a summer home.

Stephen and Tabitha now spend winters in Florida and the remainder of the year at their Bangor and Center Lovell homes.

Stephen is of Scots-Irish ancestry, stands 6’4″ and weighs about 200 pounds. He is blue-eyed, fair-skinned, and has thick, black hair, with a frost of white most noticeable in his beard, which he sometimes wears between the end of the World Series and the opening of baseball spring training in Florida. Occasionally he wears a moustache in other seasons. He has worn glasses since he was a child.

He has put some of his college dramatic society experience to use doing cameos in several of the film adaptations of his works as well as a bit part in a George Romero picture,Knightriders. Joe Hill King also appeared in Creepshow, which was released in 1982. Stephen made his directorial debut, as well as writing the screenplay, for the movie Maximum Overdrive(an adaptation of his short story “Trucks”) in 1985.

Stephen and Tabitha provide scholarships for local high school students and contribute to many other local and national charities.

A Conversation With Stephen King

Stephen King, His Books, and Their Origins at Lisner Audiotorium 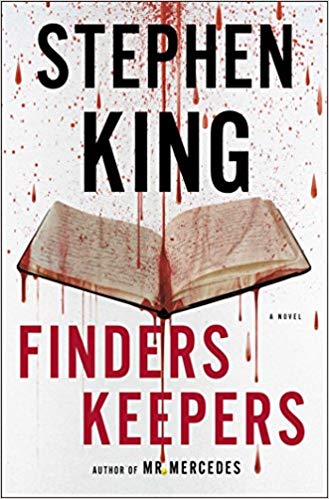 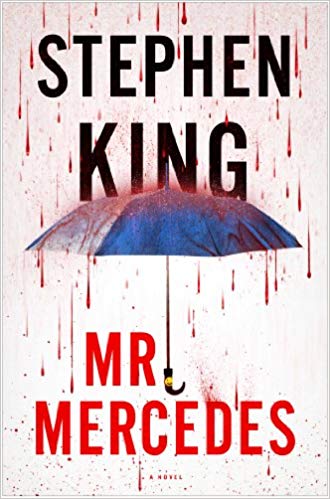 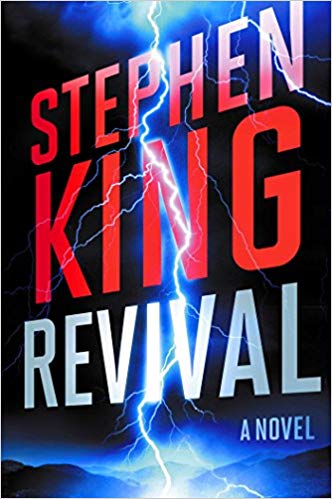 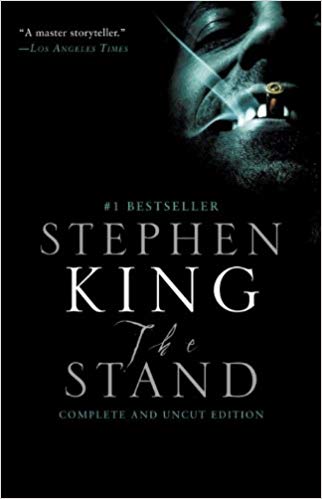