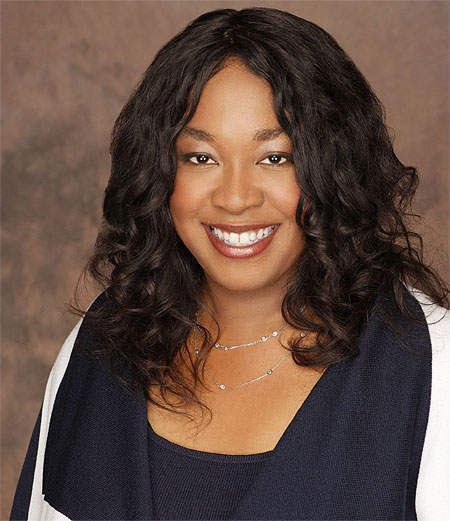 Former Creator and Executive Producer of “Grey’s Anatomy,” “How To Get Away With Murder” and “Scandal”

Shonda Rhimes is the prolific writer, executive producer and creator of the hit ABC series “Grey’s Anatomy,” and “Scandal.”  In addition to creating the “Grey’s Anatomy” spinoff series “Private Practice,” which ran on ABC for six seasons, Rhimes is the executive producer of the ABC series “How to Get Away with Murder,” which premiered in 2014 as the number one new show of the Fall in adults 18-49.

Rhimes is the recipient of countless awards and honors, bestowed upon her by the film and television industries, her peers and the media. She has twice been included in TIME Magazine’s 100 list of the most influential people along with Fortune Magazine’s “50 Most Powerful Women in Business,” Variety’s “Power of Women” and Glamour Magazine’s “Women of the Year.”  In 2013, Rhimes was appointed by President Obama to serve as Trustee for the John F. Kennedy Center for the Performing Arts.

Aside from her success with network television, Rhimes has also written numerous feature films, and scripts, including, “Princess Diaries 2: A Royal Engagement,” “Crossroads” and “Introducing Dorothy Dandridge,” which was produced by HBO and for which Halle Berry won a Golden Globe and an Emmy for Best Actress. In 2004, Rhimes created her production company Shondaland.  In November of 2015, Rhimes will release her first book, “Year of Yes” from Simon & Schuster.

The book candidly chronicles her moving and humorous attempts to come out of her shell by saying “yes” to everything that scares her.  Rhimes earned a B.A. from Dartmouth College in English literature with creative writing, and an M.F.A. from the USC School of Cinema-Television.   In 2014, Rhimes received an honorary Ph.D. from USC as well as from Dartmouth where she was proud to deliver the commencement address.

The child of educators, Rhimes blames her parents for her rampant addiction to books.

A Conversation With Shonda Rhimes

My year of saying yes to everything - Shonda Rhimes