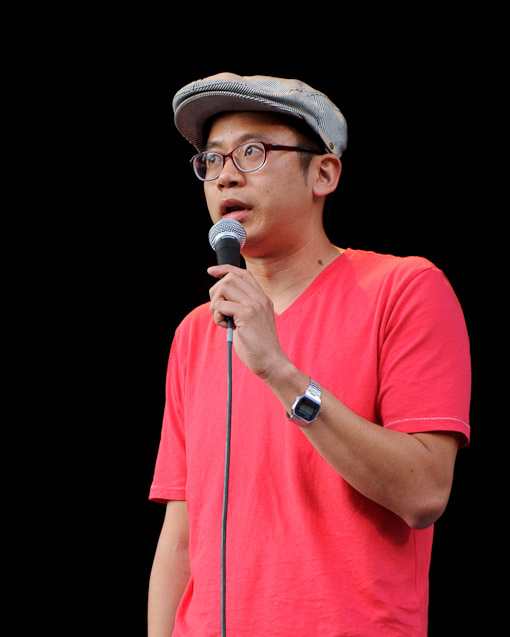 Sheng Wang developed and honed his comedy in the thriving standup community of the San Francisco Bay Area. He performs jokes based on personal experiences and observations and addresses common non-sense with honesty and ill logic. His refreshingly affable stage presence combined with a healthy penchant for absurdity and self-deprecation make his act hilarious and…

Sheng Wang developed and honed his comedy in the thriving standup community of the San Francisco Bay Area. He performs jokes based on personal experiences and observations and addresses common non-sense with honesty and ill logic. His refreshingly affable stage presence combined with a healthy penchant for absurdity and self-deprecation make his act hilarious and universally accessible.

He has toured with the Comedians of Comedy and American Eagle’s ‘Campus Comedy Challenge.’ He has also appeared on Comedy Central’s ‘Live at Gotham’ and attended the ‘Just for Laughs’ comedy festival in Montreal.

Wang’s half hour Comedy Central special aired in 2011.  NBC also awarded him with a holding deal that same year.  Wang’s set on the John Oliver NY Stand Up Show aired in August of 2012. More recent TV appearances include Totally Biased with W. Kamau Bell and Late Night with Jimmy Fallon.

An Evening With Sheng Wang