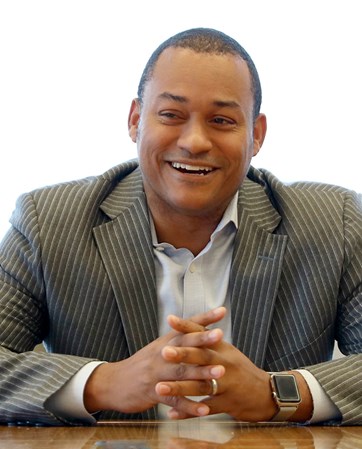 With more than two decades of Wall Street experience, Sekou Kaalund has a proven track record of achieving revenue growth and developing highly profitable client relationships in start-up, turn around, and scale businesses. His unique background spans leadership experiences in staff and line roles across institutional and retail businesses. He has developed market strategies, managed…

As head of Consumer Banking at Chase for the Northeast Division, Sekou oversees 1000 branches in five regions with 10,000 employees and over $325 billion in deposits and investments. He runs the largest division in Consumer Banking, which as a standalone is the equivalent of the 4th largest bank in the country. Sekou has a strong track record developing talent, forming inclusive teams, and leveraging a vast network to connect people with opportunities.

Sekou has established key connections across client segments and industries. As part of JPMorgan’s Corporate and Investment Bank, he managed some of the largest, complex firmwide relationships with Asset Manager and Hedge Funds. He also was the Americas Head of Sales for Public & Corporate Pensions, turning around a low performing segment and growing business by 300%, while achieving four-years of record sales. He joined JPMorgan as Head of Private Equity Fund Services Business Development and built a global team, achieved 60% growth, and won new clients in countries previously unpenetrated.

Because of Sekou’s commitment to impact and experience building businesses, he was tapped to launch Advancing Black Pathways, the first global corporate initiative that leveraged a data-driven strategic framework to develop scalable programs to reduce the racial wealth gap. The success of this initiative—which included hiring thousands of black students, providing millions of dollars in capital to black businesses, and reaching over one million individuals with financial health content—led to a historic five-year firm-wide $30B commitment to advance racial equity.

Additionally, Sekou held leadership roles at the Federal Reserve Bank of New York and Citi. He earned a Master’s Degree from Duke University and a Bachelors from Hampden-Sydney College. Sekou resides in the NY metropolitan area with his wife and three children.

An Evening With Sekou Kaalund