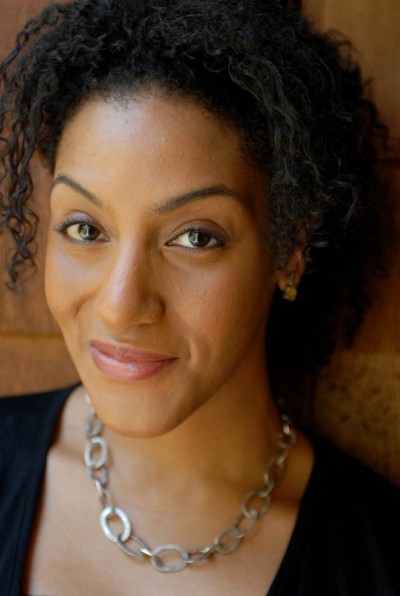 Sarah Jones is a Tony and Obie Award-winning playwright and performer. She is perhaps best known to theater audiences for her multi-character, one-person show Bridge & Tunnel, which was originally produced by Oscar-winner Meryl Streep and became a critically acclaimed hit on Broadway. Sarah is also known to many for her popular “TEDtalks” given at…

Sarah Jones is a Tony and Obie Award-winning playwright and performer. She is perhaps best known to theater audiences for her multi-character, one-person show Bridge & Tunnel, which was originally produced by Oscar-winner Meryl Streep and became a critically acclaimed hit on Broadway.

Sarah is also known to many for her popular “TEDtalks” given at the world renown annual TED conference, which have more than 2 million views, and she was recently invited to The World Economic Forum Annual Meeting in Davos, Switzerland where she was honored to be the first artist to perform on a stage normally reserved for Presidents and captains of industry. She is currently completing her new one-woman show, Sell/Buy/Date, which tackles issues of human trafficking and the sex trade, and is a commission for the NoVo Foundation.

Called “a master of the genre” by The New York Times and described by The New Yorker as a “multicultural mynah bird who lays our nation before us with gorgeous, pitch-perfect impersonations of the rarely heard or dramatized”, Sarah and her work are known for their humanitarian approach to character and story through the lens of multiculturalism, both in the US and globally.

As the daughter of two physicians and the product of a multiracial, multi-ethnic family and education, Sarah was interested from an early age in both the welfare and the cultural backgrounds of her polyglot relatives, neighbors and friends. While attending the United Nations International School and then Bryn Mawr College (where she was the recipient of the Mellon Minority Fellowship) she thought she wanted to become a lawyer, but eventually dropped out before graduating and returned to New York. There she began writing and competing in poetry slams at the Nuyorican Poets Café and eventually developed her first show, Surface Transit, which was later presented at The American Place Theatre and PS122 and garnered her first critical acclaim. Her next piece, Women Can’t Wait! was commissioned by The Ford Foundation and human rights group Equality Now to address laws discriminating against women and girls.

A subsequent commission by The Ford Foundation and the National Immigration Forum yielded Waking the American Dream, which became the basis for Bridge & Tunnel which ran off-braodway at The Culture Project in 2004. Sarah was then commissioned by the WK Kellogg Foundation to write an educational piece entitled A Right to Care, which tackled themes of inequality in health and which premiered alongside keynote speaker President Jimmy Carter at WKKF’s 75th Anniversary Conference.

Bridge & Tunnel then ran on Broadway during the 2006 season for eight months before Sarah ended the run and returned to her UN School roots by becoming a UNICEF Goodwill Ambassador, doing shows around the world from Ethiopia to Japan to South Africa to India to the Middle East.

Her work has enjoyed theatrical runs from The Kennedy Center’s AFI theater to Berkeley Repertory Theater, but Sarah has continued to gravitate to non-traditional stages, performing multiple times at the United Nations; at the International Parliamentary Union gathering of world governments in Indonesia; on Capitol Hill to lobby for US healthcare reform; and multiple times at the White House at the invitations of President and First Lady Obama. She has also taught and performed at dozens of colleges and universities and is an Honorary Visiting Professor at the University of Michigan, Ann Arbor.

In addition to residencies from The MacDowell Colony, The Corporation of Yaddo, Civitella Rainieri, and Hedgebrook, Sarah has received numerous grants, commissions and theater honors including a Drama League Award, a Helen Hayes Award, two Drama Desk nominations, a Lucille Lortel nomination, an Outer Critics Circle nomination, and HBO’s US Comedy Arts Festival’s Best One Person Show Award, as well as an NYCLU Calloway Award in recognition of Sarah as the first artist in history to sue the Federal Communications Commission for censorship.

The lawsuit resulted in reversal of the censorship ruling, which had targeted her hip-hop poem recording, “Your Revolution.”

A regular uncensored guest on public radio, she has also made numerous TV appearances, including as ‘Ms. Noodle’ on Sesame Street. Sarah is currently developing a TV project based on her characters.

Celebrating an Industry, Company, or Product
In a one-woman show, Tony Award-winning actress Sarah Jones tailors a presentation focused on your industry, company, or product. Delivering insights and truisms from the perspective of her many characters, Jones combines research and personality to create a truly unique performance. From a spunky Latina and a senior citizen to male cop and an Indian human rights aide, she gives voice to your members, customers, or stakeholders. Meryl Streep said, “When I first saw her, I thought no one else has that deep an understanding of people.”

Adapting characters to the specific event, industry, issue, or product, hers is not one-size-fits-all performance. With the right parameters (voices, demographics, issues to highlight, organizational or event goals, and/or messaging), she tailors her performance to the audience, themes, and objectives of the event. She can also represent an organization’s different customer profiles or the different nationalities present at a multicultural event. Sarah Jones offers a unique way to have a good time while talking about and celebrating the issues important to her audience.

Celebrating Diversity
Sarah Jones is enlightening and entertaining as she utilizes her Tony Award-winning acting prowess to transform into more than 20 different fictional characters on stage. Through their eyes, she offers rapid-fire perspectives on the some of the most pressing issues of the day. From the economic environment to the political and societal mood of the country, her characters deliver an eye-opening glimpse into what today’s multicultural population is really thinking and the effects of different issues on their communities. Called a “whizz-bang creative tour de force” by TED, her characters help us step outside of how we see the world – and each other, as she dives into topics (selected by her audience) as diverse as healthcare, jobs, generational issues, the environment, sports, business development, and more.

Topics available to speak on:

Why you should listen
“Chameleon-like” barely describes the astonishing ease with which Sarah Jones slips in and out of the characters in her solo performances — as many as fourteen personae in her Broadway hit Bridge & Tunnel. Critics marvel not only at her ability to perfectly mimic accents and mannerisms, but also to seemingly reshape her body, down to pupils and dimples, in the blink of an eye.

Jones’ performances showcase a biting political awareness, and she has received commissions from Equality Now, the Kellogg Foundation and the National Immigration Forum to address issues of injustice and inequality. She is a UNICEF Goodwill Ambassador and has given multiple performances at the White House at the invitation of President and First Lady Obama. Jones is now at work on a new solo show called Sell/Buy/Date, commissioned by the Novo Foundation. She debuted material from it at TED2015. She is also working on a commission for Lincoln Center Theater and a television project based on her characters.

Sarah Jones: One woman, five characters, and a sex lesson from the future

Jones, who is … a sort of multicultural mynah bird, lays our mongrel nation before us with gorgeous, pitch-perfect impersonations of the rarely heard or dramatized.