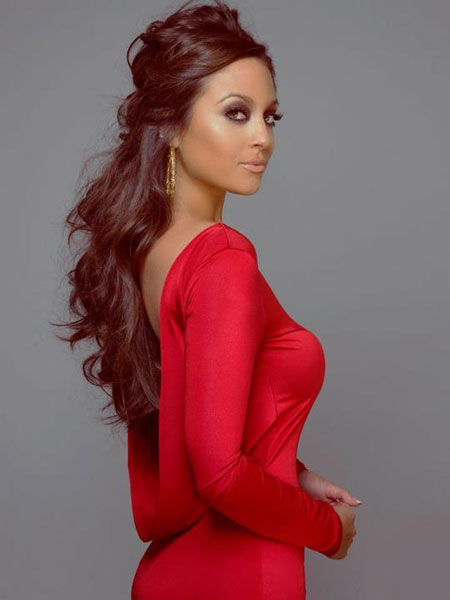 A Hazlet, NJ native, Samantha “Sammi Sweetheart” Giancola embodies all things Jersey: fun, passion and enthusiasm. Those close to her describe Sammi as sweet with an edge. She plays the role of sweetheart in the MTV smash hit “Jersey Shore,” bringing her unique sense of playfulness to the booming reality TV landscape. An original cast…

A Hazlet, NJ native, Samantha “Sammi Sweetheart” Giancola embodies all things Jersey: fun, passion and enthusiasm. Those close to her describe Sammi as sweet with an edge. She plays the role of sweetheart in the MTV smash hit “Jersey Shore,” bringing her unique sense of playfulness to the booming reality TV landscape.

An original cast member of MTV’s highest-rated show ever, Sammi helped launch a cultural phenomenon in late 2009 with her appearance on “Jersey Shore.” On January 6, 2011 Season 3 of “The Jersey Shore” premiered to a whopping 8.45 million viewers, and on January 13, 2011 “The Jersey Shore” Season 3 Episode 2 broke another ratings record, with more viewers than any other MTV show in the network’s 30 year history, MTV confirmed.

Sammi and her castmates developed a cult-like following, spurring cover stories in such respected publications as Entertainment Weekly, Harper’s Bazaar and Newsweek. Barbara Walters listed the cast as one of the “10 most fascinating people of 2010” saying “They are something, I don’t know what, but they are something.” With the success of Jersey Shore, bloggers, reporters and consumers alike have been abuzz across various media platforms with perspectives and musings on Sammi and her fellow Shore stompers, further proving that MTV has certainly struck a chord with its audiences.

Known for her penchant for fitness, Sammi likes to keep healthy—inside and out. In fact, she was a midfielder for the women’s soccer team at her alma mater, William Patterson University and has continued to excel in the world of fitness since. Sammi is passionate about helping others achieve their best, as well. She makes the mundane magical—and whether it be with a creative fitness routine or with simple eyelash enhancers, Sammi knows how important it is for women to feel beautiful. From daily workouts to the red carpet, she keeps things fresh and exciting.

A Conversation With Sammi Giancola

WOW – we had a fantastic day with Sammi! I’ve had great feedback from everyone associated with the event, and Sammi was so engaged from the minute she walked in until the moment she left. Please convey our gratitude to her for her time and energy and inspiring message.