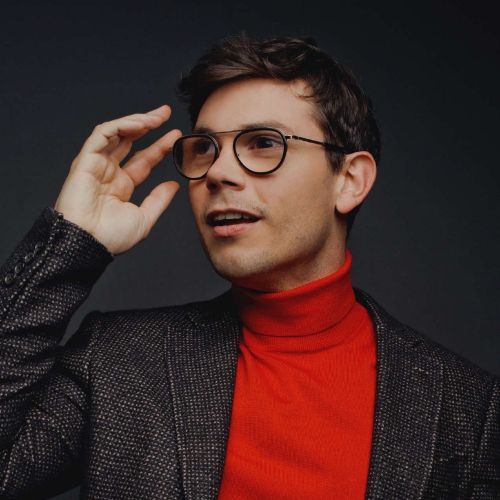 Ryan O’Connell is an Emmy®-nominated and Writers Guild Award-winning writer, actor, and producer who co-wrote and stars in Queer as Folk, an inclusive reboot of the iconic series of the same name.

Ryan O’Connell is an Emmy®-nominated and Writers Guild Award-winning writer, actor, and producer who co-wrote and stars in Queer as Folk, an inclusive reboot of the iconic series of the same name. He can also be seen starring in the critically acclaimed SPECIAL, a four-time Emmy®-nominated and Writers Guild Award-winning short form series on Netflix, which he wrote and executive produced. O’Connell received a Special Recognition Award from GLAAD Award and a Visibility Award from the HRC. SPECIAL, which is also executive produced by Jim Parsons, is loosely based on O’Connell’s own upbringing and experience as a gay man navigating the world with cerebral palsy and is set to return later in 2021 for its highly anticipated second and final season. In what became a cultural phenomenon, SPECIAL premiered to rave reviews, with critics calling the show, “The television revolution you didn’t know you needed” (Romero, Refinery29) and “A rare, important perspective to TV” (Maple, Bustle). Fans around the world praised the series for its refreshing, honest, and long-overdue portrayal of a gay man living with cerebral palsy.

Next, O’Connell will re-team with Jim Parsons, Todd Spiewak and That’s Wonderful Productions to create the HBO Max original series, ACCESSIBLE, which will follow Clare, a 15-year-old girl who’s recently been in an accident and is forced to attend a boarding school for people with all kinds of disabilities while coping with the usual teenage dilemmas. The series will be another landmark milestone for representation for the disabled community.

O’Connell is also an accomplished, sought-after writer and his voice is both refreshing and unique. He is the author of I’m Special: And Other Lies We Tell Ourselves, part-memoir, part-manifesto which was published by Simon & Schuster in 2015 to widespread praise. O’Connell’s forthcoming debut novel Just By Looking At Him will be published in Spring 2022 by Atria, an imprint of Simon & Schuster.

Additionally, O’Connell served as the Editor of Thought Catalog and has contributed to Vice, BuzzFeed, and numerous other publications. O’Connell’s writing career spans television as well. He previously served on the writing staff on NBC’s revival of WILL & GRACE, MTV’s AWKWARD, and NETFLIX’s THE BABY-SITTERS CLUB.

An Evening With Ryan O’Connell

Ryan O’Connell - Hacking Into His Human Condition on “Special”