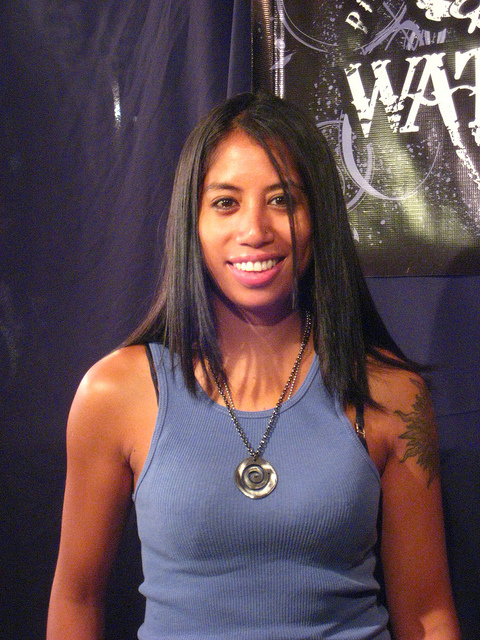 Ruthie Alcaide, who starred in MTV’s popular reality television series The Real World: Hawaii, Alcaide, who herself represents a mix of Spanish, French, German, Hawaiian, Samoan and Filipina ancestry, grew up in Hawaii and never experienced non-island culture until she moved to the mainland to attend college at Rutgers University. There, she sought out people…

Ruthie Alcaide, who starred in MTV’s popular reality television series The Real World: Hawaii, Alcaide, who herself represents a mix of Spanish, French, German, Hawaiian, Samoan and Filipina ancestry, grew up in Hawaii and never experienced non-island culture until she moved to the mainland to attend college at Rutgers University.

There, she sought out people from different backgrounds and made new friends from all over the world. The April 3rd event promises to be a top-rated discussion exploring the ways that college life can open up a student’s world.

Her experiences behind the scenes on the Real World to teach young adults about the entertainment industry, prejudice, drug/alcohol awareness, diversity, sexuality, and racism. Alcaide’s outgoing personality and sociable persona made it easy for students to relate to the reality star. After being on Real World: Hawaii, Alcaide also appeared on MTV’s Battle of the Sexes, Battles of the Sexes II, the Gauntlet II, The View, and Queer Edge.

Alcaide explained how, even on the Real World, she had been perceived as someone she was not.

The Real World: Hawaii was the eighth season of the popular reality show by MTV, which focused on seven strangers living together for several months. Ruthie and the cast lived in a beach house in Honolulu.

Diversity And Ways Of Encouraging Acceptance For All

Question And Answer Session: In Which Alcaide Will Discuss Her Experience On The Real World

Part of the “Your life, your choice, choose wisely”