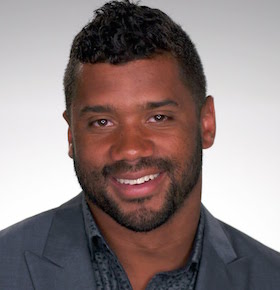 Russell Wilson, the Pepsi NFL Rookie of the Year for the 2012 season, became the first rookie in NFL history to lead his team to an undefeated home record. The following season, he became the third youngest quarterback in NFL history to win the Super Bowl. He has been named to three Pro Bowl squads…

Russell Wilson, the Pepsi NFL Rookie of the Year for the 2012 season, became the first rookie in NFL history to lead his team to an undefeated home record. The following season, he became the third youngest quarterback in NFL history to win the Super Bowl. He has been named to three Pro Bowl squads and finished the 2015 regular season with the highest passer rating in the NFL.

Wilson attended Collegiate School in Richmond, Va., playing football and baseball. In 2006, he was featured in Sports Illustrated’s “Faces in the Crowd” for his state title game performance after completing 21-37 passes for 291 yards and two touchdowns while rushing 30 times for 223 yards and three more scores in a 38-17 win.

On the baseball diamond, the shortstop batted .467 as a senior, enticing the Colorado Rockies to begin following him to North Carolina State and drafting him in the fourth round of the 2010 major league baseball draft.

A Conversation With Russell Wilson