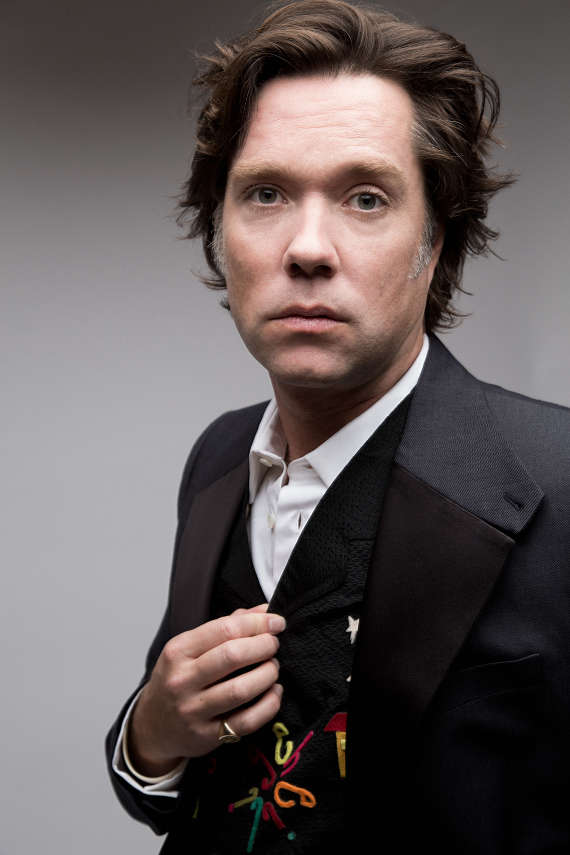 Praised by the New York Times for his “genuine originality,” Rufus Wainwright has established himself as one of the great male vocalists and songwriters of his generation.  The New York-born, Montreal-raised singer songwriter has released seven studio albums, three DVDs, and three live albums, including the fantastic Grammy nominated Rufus Does Judy at Carnegie Hall,…

Praised by the New York Times for his “genuine originality,” Rufus Wainwright has established himself as one of the great male vocalists and songwriters of his generation.  The New York-born, Montreal-raised singer songwriter has released seven studio albums, three DVDs, and three live albums, including the fantastic Grammy nominated Rufus Does Judy at Carnegie Hall, which captured his celebrated Judy Garland tribute performance at the London Palladium in 2007, and the album Release The Stars which went Gold in Canada and the U.K.

Wainwright has received Juno Awards for Best Alternative Album in 1999 and 2002 for Rufus Wainwright and Poses, respectively, and nominations for his albums Want Two (2005) and Release the Stars (2008). He was nominated for Songwriter of the Year in 2008 for his Release the Stars album. He also composed the original music for choreographer Stephen Petronio’s work BLOOM which has toured across the country. Musically Rufus has collaborated with artists including Elton John, David Byrne, Boy George, Joni Mitchell, Pet Shop Boys and producer Mark Ronson among others. His most recent collaboration is on the title track of Robbie Williams’ latest album, Swings Both Ways, which was co-written with renowned musician and producer Guy Chambers and sung as a duet between Rufus and Robbie.

In addition to being a celebrated contemporary pop singer, Rufus has made a name for himself in the classical world. His much acclaimed first opera, titled Prima Donna, premiered at the Manchester International Festival in July 2009. The opera was subsequently performed in London at Sadler’s Wells in April 2010, in Toronto at the Luminato Festival in June 2010 and at the Brooklyn Academy of Music’s Howard Gilman Opera House in February 2012. Now fully established as a composer of operas, Rufus has been commissioned by the Canadian Opera Company to write his second opera based on the story of the Roman Emperor Hadrian and Antinous. The new opera will premiere in Toronto in October 2018.

The Kate McGarrigle Foundation (KMF) is a public charity founded in 2012 to raise money in the fight against sarcoma, the rare and underfunded cancer that took Kate’s life. KMF is dedicated to preserving, continuing and building Kate’s artistic and philanthropic legacy. Towards the end of her life, Kate was dedicated to raising money for critical research to combat sarcoma, and the Foundation aims to continue that work by producing concerts, recordings, films and other forms of artistic programs. Your donations allow the program to develop new projects and reach as many people as we can.

An Evening With Rufus Wainwright