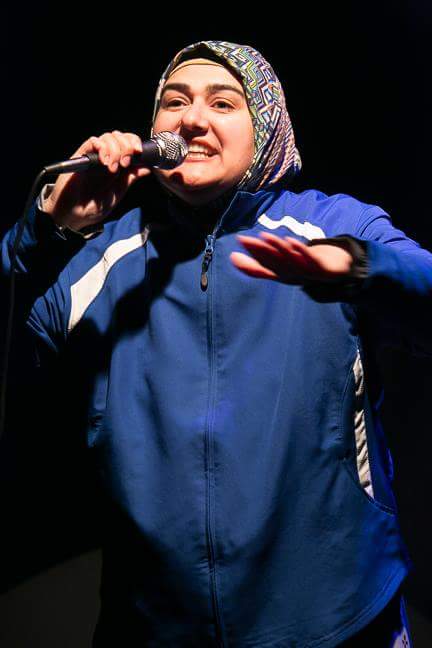 Rohina Malik is a critically acclaimed Chicago playwright and solo performance artist. She was born and raised in London, England, and moved to Chicago when she was 15 years old.  Her one-woman play UNVEILED was developed and had its world premiere at the 16th Street Theater, where it received critical acclaim. Rohina’s play THE MECCA…

Rohina Malik is a critically acclaimed Chicago playwright and solo performance artist. She was born and raised in London, England, and moved to Chicago when she was 15 years old.  Her one-woman play UNVEILED was developed and had its world premiere at the 16th Street Theater, where it received critical acclaim.

An Evening With Rohina Malik

A rapper, mothers, a clothing designer, a lawyer; these are the Muslim women whose lives are uncovered in ‘Unveiled’. ‘Unveiled’ is a solo theatre piece written by Rohina Malik and performed by South African-born actress Gulshan Mia. The play details incidents of Islamophobia faced by Muslim women from different backgrounds following 9/11.

Excerpts from the play "Unveiled" by Rohina Malik