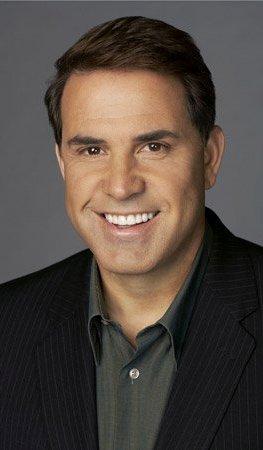 Rick Sanchez has been a journalist, correspondent and television news anchor for over 30 years, and spent nearly a decade in cable news–first at MSNBC and then at CNN. Rick is currently a contributor for FOX News, FoxNewsLatino.com and MundoFOX.  He is host of The Rick Sanchez Show, a weekday radio show that airs live…

Rick Sanchez has been a journalist, correspondent and television news anchor for over 30 years, and spent nearly a decade in cable news–first at MSNBC and then at CNN.

Rick is currently a contributor for FOX News, FoxNewsLatino.com and MundoFOX.  He is host of The Rick Sanchez Show, a weekday radio show that airs live from 3 pm to 6 pm on Miami’s talk radio station, WIOD (610 AM).  The show is also rebroadcast on SiriusXM.

Prior to joining FOX, Rick was the host of a CNN show called Rick’s List and was frequently a substitute anchor for CNN’s 8 pm prime time broadcast where he went head-to-head against Keith Olbermann and Bill O’Reilly.  Based out of CNN’s world headquarters in Atlanta, Rick was one of the highest rated anchors on CNN and CNN en Español.

Prior to joining CNN, Rick was the anchor for WTVJ, the NBC affiliate in Miami. Prior to that, he worked for two years as a correspondent and anchor for MSNBC, where he also delivered breaking news for CNBC and updates for NBC National radio.

Rick started his career as a television journalist at WSVN in Miami in 1982. He became the first person to both anchor a television news program and host a talk show on Spanish-language radio, El Show de Rick Sanchez.

Throughout his career, Rick has reported on major events across the United States and around the world.  He was on-the-scene covering the 9/11 terrorist attacks on the World Trade Center in New York. Rick has also reported in war zones in Nicaragua, the invasion of Grenada and the fall of the Jean-Claude Duvalier regime in Haiti.  Rick has also reported live from Havana, Cuba many times.  He won an Emmy for his series titled, When I left Cuba.

In 2006, Rick anchored CNN’s coverage of Hurricane Katrina, which won a Peabody Award.  It was during the Katrina coverage that Rick went nearly 48 hours without sleep, first anchoring from Atlanta and then flying to Louisiana where he reported live from the scene.

Rick has been an impassioned advocate and pioneer in marrying social media and the news.  In fact, Rick was the first national news anchor to use Twitter.  In 2009, NPR famously wrote, “CNN news anchor Rick Sanchez was tweeting before Twitter was cool.”

Rick used social networking to launch viewer-driven newscasts, something no one else had ever done before.  Rick used all these tools—Twitter, facebook, myspace—to engage viewers in what he calls “our national conversation.”

He is one of the few anchors who follows many of his own Twitter followers and engages in discussions with them off the air about news, sports and their lives.  For Rick, the national conversation didn’t stop just because the camera went off.

More than all these professional successes, Rick is most proud of his personal achievements and who he is: a father, a son, a husband and a friend.  He’s been married to the same woman–Suzanne–for over 20 years.  They have four children and live in Miami.

A Conversation With Rick Sanchez