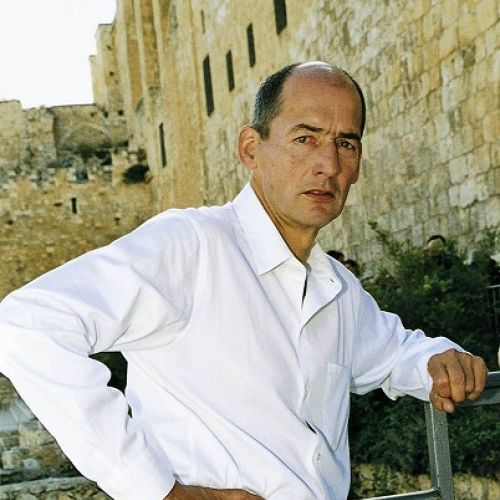 His unique vision and inspirational designs are seen throughout the world.

Rem began his career as an architect not by designing a building but by writing a book. His Delirious New York was hailed as a classic text on modern architecture and society. The book instantly established Rem as not just a presence to be reckoned with in the architectural world, but also as one of the great creative minds of our generation.

In 1975, Rem Koolhaas founded the Office for Metropolitan Architecture with Elia and Zoe Zenghelis and Madelon Vriesendorp in London, and he has been involved in building and urban planning projects ever since. In 1995, he published S,M,L,XL, in collaboration with graphic designer Bruce Mau; the book documents the work of OMA and Koolhaas’ interest in contemporary society, building and urban development.

The work of the office has won several international awards, including the Pritzker Architecture Prize in 2000, and it was the subject of a retrospective exhibition held at the Museum of Modern Art, New York in 1995: Rem Koolhaas and the Place of Public Architecture.

Koolhaas is a professor at Harvard University where he conducts the Project on the City. In 2014, he was the director of the 14th International Architecture Exhibition of the Venice Biennale, Fundamentals.

He currently resides in Rotterdam in the Netherlands.

An Evening With Rem Koolhaas