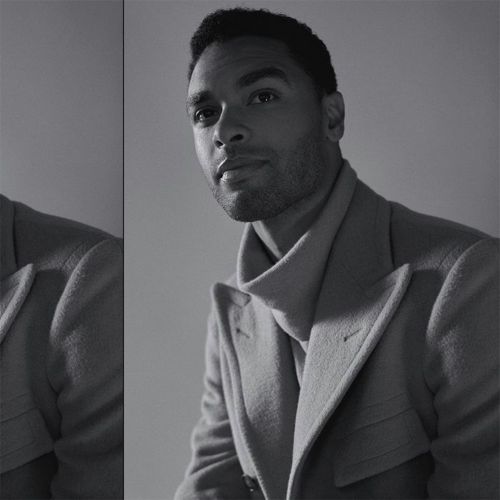 Regé-Jean Page can be seen in Shonda Rhimes’ Netflix series BRIDGERTON, where he plays lead role of “Simon Basset.” He can next been seen in SYLVIE’S LOVE, alongside Tessa Thompson, Nnamdi Asomugha, Eva Longoria.

Regé-Jean Page can be seen in Shonda Rhimes’ Netflix series BRIDGERTON, where he plays lead role of “Simon Basset.” He can next been seen in SYLVIE’S LOVE, alongside Tessa Thompson, Nnamdi Asomugha, Eva Longoria. This film premiered at Sundance 2020 and was acquired by Amazon Studios. Prior to this, he starred as “Leonard Knox” on Shonda Rhimes’ ABC series FOR THE PEOPLE, opposite Britt Robertson and Hope Davis. He can be seen in Universal Pictures and Peter Jackson feature “Mortal Engines” opposite Hugo Weaving for director Christian Rivers. Regé played the lead role of “Chicken George” in History’s remake of the Emmy Award winning 1970’s ABC series “Roots.” He was also a series-regular in the final season of BBC’s “Waterloo Road.”

He graduated from the United Kingdom’s Drama Centre in 2013 and during his last year starred in Michael Longhurst’s “The History Boys” at the Sheffield Crucible. He also co-starred alongside Jonathan Pryce at Shakespeare’s Globe in Jonathan Munby’s version of “Merchant of Venice.” Regé’s other credits include a heavily improvised comedy pilot he recently shot for Hat Trick and C4, Channel 4’s huge hit TV comedy show “Fresh Meat 3,” and James McTeague’s “Survivor.”

An Evening With Regé-Jean Page