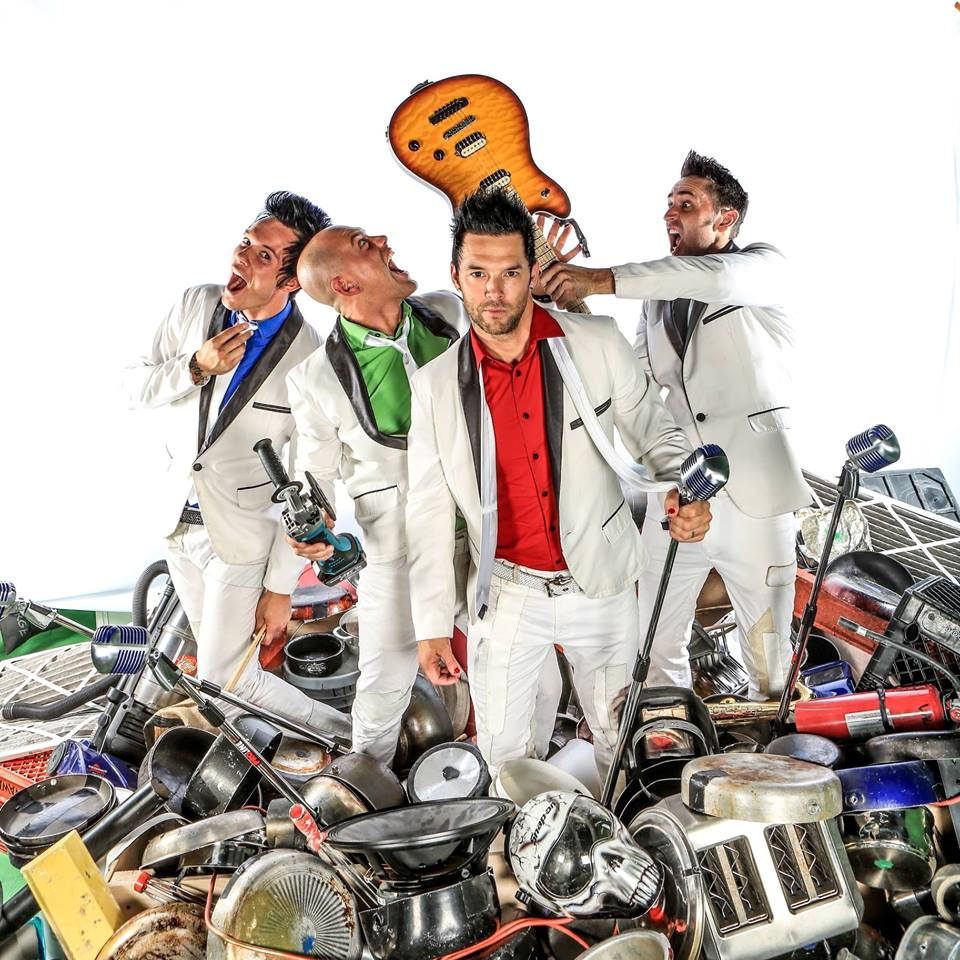 As Seen on America's Got Talent! Unique “Junk Rock” Style Unlike Any Other

Since Justin Spencer formed Recycled Percussion in 1995, the band has been unstoppable. Their junk rock music became a national phenomenon week after week during their smash hit performances on America’s Got Talent in 2009. Playing over 4,000 shows and over 400 corporate events in over 15 countries, the group has also done guest appearances…

Since Justin Spencer formed Recycled Percussion in 1995, the band has been unstoppable. Their junk rock music became a national phenomenon week after week during their smash hit performances on America’s Got Talent in 2009.

Playing over 4,000 shows and over 400 corporate events in over 15 countries, the group has also done guest appearances on “Carson Daly”, “The Today Show”, “China’s Got Talent” and the Latin Grammy Awards. After being featured on the cover of “USA Today” and being voted National Act of the Year a record-breaking six times, the band gained world-wide recognition.

In 2010, they sealed the deal and became headliners in Las Vegas! Taking 2013 by storm, Recycled Percussion has elevated their energy level, created new performance elements and continues to bring junk rock music to the Las Vegas Strip nightly at The Quad Resort and Casino!

An Evening With Recycled Percussion