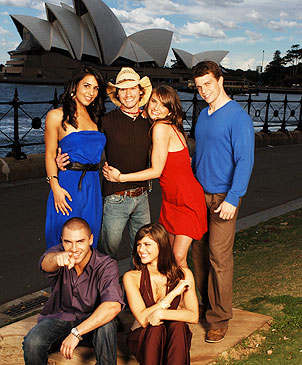 The Real World: Sydney is the nineteenth season of MTV’s reality television series The Real World, which focuses on a group of diverse strangers living together for several months in a different city each season, as cameras follow their lives and interpersonal relationships. It is the only season to be filmed in Australia. The season…

The Real World: Sydney is the nineteenth season of MTV’s reality television series The Real World, which focuses on a group of diverse strangers living together for several months in a different city each season, as cameras follow their lives and interpersonal relationships. It is the only season to be filmed in Australia.

An Evening With Real World Sydney