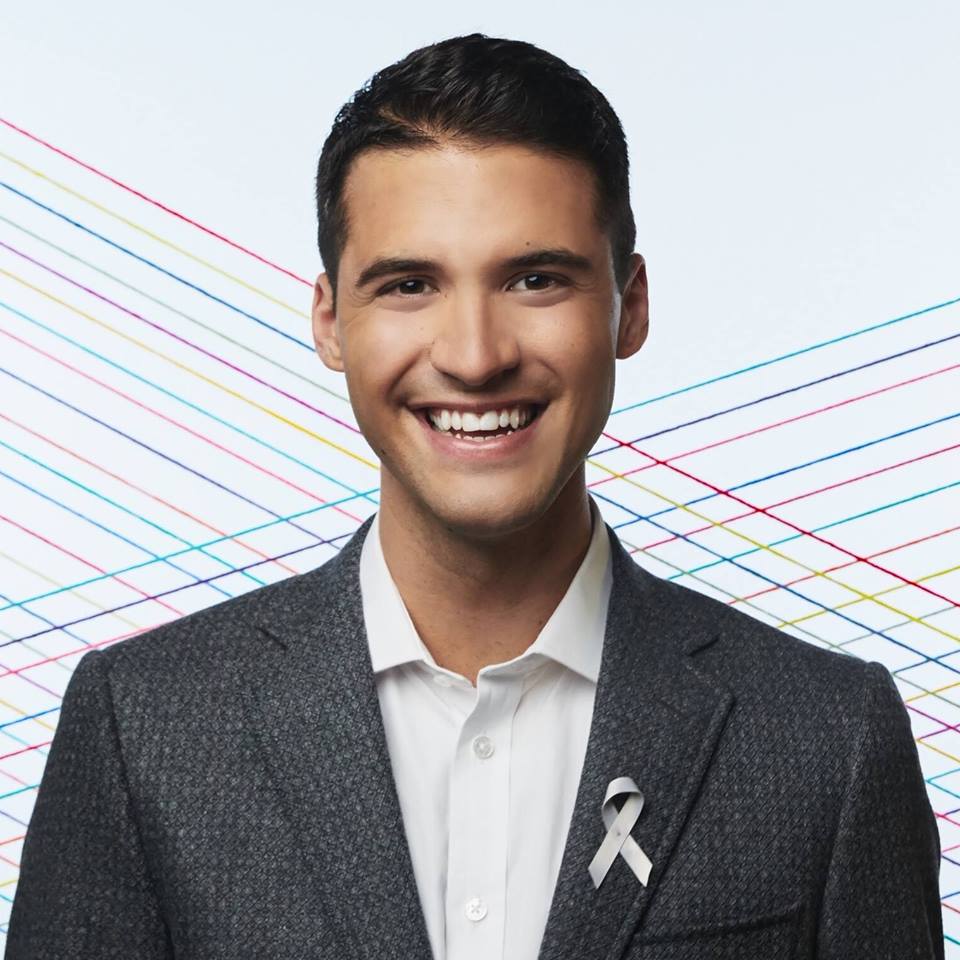 For three years, Raymond Braun led LGBT marketing and partnerships for YouTube, a role that he originated and that landed him on the Forbes “30 Under 30” list, iMedia top 25 Marketing Leaders and Innovators, and Men’s Health “Gay Celebrities Roundtable.” In September 2015, he left his role at YouTube to start his own company…

For three years, Raymond Braun led LGBT marketing and partnerships for YouTube, a role that he originated and that landed him on the Forbes “30 Under 30” list, iMedia top 25 Marketing Leaders and Innovators, and Men’s Health “Gay Celebrities Roundtable.” In September 2015, he left his role at YouTube to start his own company focused on LGBT marketing and community engagement.

In the summer of 2013, Raymond spearheaded YouTube’s first ever marketing campaign dedicated to celebrating the LGBT community: #ProudToLove. The international, award-winning campaign became the blueprint for all of YouTube’s LGBT marketing efforts. Raymond served as YouTube’s LGBT Ambassador and spokesman, regularly making media appearances and hosting LGBT influencers at Google events. During Raymond’s tenure at YouTube, YouGov’s BrandIndex listed YouTube as one of the top 5 best perceived brands by the LGBT community and YouTube received GLAAD’s Ric Weiland Award, which honors innovators who advance LGBT equality through tech and new media.

During the summer of 2015, Raymond took a sabbatical from YouTube to focus on launching a YouTube channel focused on LGBT youth: youtube.com/raymondbraun. In addition to working with the Human Rights Campaign on the ground in Ireland during the marriage equality vote, Raymond was also outside the Supreme Court when the marriage equality decision came down in the US in June 2015.

Raymond has been instrumental in helping various YouTubers and celebrities come out on social media. He is a consultant for a variety of LGBT non-profit organizations around the world, helping them more effectively engage millennials through YouTube and social media.

Raymond has spoken at conferences and events around the world. He has been featured in CNN, Entrepreneur, Forbes, Seventeen, Variety, and AdWeek.

Diversity and Inclusion in Corporate Settings
Having extensive experience as a diversity consultant and strategist for major Fortune 500 companies and nonprofit leaders including Google, YouTube, Viacom, and Human Rights Campaign, Raymond offers diversity and sensitivity training for LGBT and multicultural issues through his fluency with corporate issues and context. He starts conversations over questions like how to be an LGBT ally, how to make a compelling business case for LGBT visibility and inclusion, and how to create a diverse and inclusive culture to drive business performance.

Personal Narrative
Raymond shares his story—from growing up in a small, conservative, rural farm town in Ohio to becoming one of the most visible faces online for the LGBT community and youth engagement in politics. Learn how he overcame bullying and other adversity to launch the diversity and multicultural strategy for one of the biggest brands in the world, travel the country with Hillary Clinton’s campaign, and become the youngest person listed at #1 on the Financial Times Power Rankings and one of the youngest people ever listed on the Forbes 30 Under 30.

Tales from the Campaign Trail
As a social media correspondent for both Hillary Clinton and Logo (largest LGBT TV network), Raymond got a firsthand look at the highs and lows of the 2016 election—and reported it all through social media. Learn about the inflection points in this historic race, how advances in technology have changed the news cycle and disrupted the traditional political news cycle, and how the Clinton/Trump race fundamentally changed the way politics are reported and discussed in the USA. Hear riveting stories about everything from what it was like to be embedded with Clinton’s campaign for some of the key moments on the trail (Iowa Caucus, South Carolina Primary, Democratic Convention, and Election Day) to how it felt to be the only reporter walking around the Republican National Convention and Trump rallies draped in a rainbow flag.

The Business of Changing Hearts and Minds
Most millennials were born into a world where same-sex couples couldn’t get married anywhere, 70+% of Americans didn’t believe that politicians should support the LGBT community, and trans people were virtually invisible in mainstream culture. Fast forward to today, and same-sex marriage is legal in all 50 states, there are mainstream television shows featuring trans people, and it’s now the norm for major corporations to support the LGBT community. Having partnered with Instagram to launch their first-ever multimedia channel sharing stories from the LGBT community (#VisibleMe), and called the “coming out coach” during his time at YouTube as he consulted on the most viral coming out videos of all time, Raymond has been at the political and culture center of this generation’s civil rights movement. He explains how change and acceptance has accelerated so quickly—and how learnings from the LGBT movement can be applied to other forms of culture influence and change, especially other diverse communities.

The Social Shift
Raymond Braun’s social media resume is impressive: he partnered with Instagram to launch its first-ever LGBT video series (#VisibleMe), which trended at #1 upon launch; he developed and hosted a hugely successful online social media series with Hillary Clinton’s campaign (“On the Trail”) that involved online videos, interviews, Snapchat takeovers, Twitter Q&As, etc. that racked up over a million views; with his over 150,000 followers, he was recently named one of MTV’s “Social Stars to Watch in 2016”; he formerly led YouTube’s social media campaigns and programs, reinventing their strategy and spearheading more than five #1 organic trending topics globally; and he recently founded RWB Media, a consulting company focused on social outreach, which counts several Fortune 500 companies and nonprofit leaders as clients. Raymond shares his secrets and strategies for creating content and campaigns that cut through on social media. He explains what questions to ask, how to measure your impact, how to grow your profile, how to create value for your organization or personal brand, and how to maximize your reach whether you’re a major corporation or a passionate person trying to get your voice heard in an increasingly crowded space. This topic is easily tailored to a specific company, organization, or individual’s needs and context.