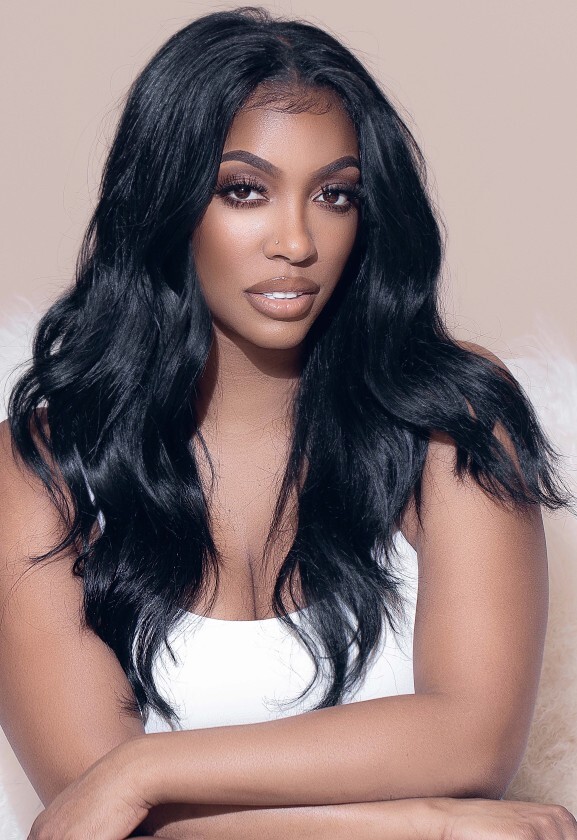 Porsha Williams is taking it to the streets. Known for her comedic verve and quick-witted screen presence, the Real Housewives of Atlanta star has emerged as one of the most prominent celebrity voices against police violence in the past year. From marching on the frontlines of Black Lives Matter protests to speaking out against systemic racism to…

Porsha Williams is taking it to the streets.

Known for her comedic verve and quick-witted screen presence, the Real Housewives of Atlanta star has emerged as one of the most prominent celebrity voices against police violence in the past year. From marching on the frontlines of Black Lives Matter protests to speaking out against systemic racism to her over six million social media followers, Williams exemplifies an unwavering commitment to fighting for justice.

A true “cornbread-fed Georgia Peach,” she was born and raised into one of Atlanta’s most prominent and historic families.

Williams has stepped into her family’s legacy- as a media personality, television, podcast host, entrepreneur, philanthropist, and upcoming author. She carries on the tradition tirelessly, lending her voice and efforts to the Black Lives Matter movement. She also remains heavily involved in various charity partnerships, including Hosea Helps and March of Dimes.

Best known for her work in television, Williams is recognized as one of the stars of Bravo’s #1 show, The Real Housewives of Atlanta, as well as Porsha’s Having a Baby, her own highly-rated spin-off special that covered her incredible journey of pregnancy and motherhood. On a daily basis, she is the co-host of the nationally syndicated talk show Dish Nation, co-host of Bravo’s late-night talk show Chat Room, and can also be seen as the host of Stitcher’s Porsha4Real Podcast. Williams is currently writing her debut book, The Pursuit of Porsha, in addition to developing a game show with NBC.

Beyond her work in the unscripted space, Williams has also established a passion for a wide range of scripted projects. She co-starred alongside Vivica A. Fox and Columbus Short in the theatrical remake of Two Can Play That Game, and her fan-favorite voice can be heard as Carlotta in the animated movie CarGo. She has made consistent guest appearances on top network shows like HBO’s Insecure, Fox’s Star, and TV One’s Steppin’ Back to Love. Williams can also be seen in Sharknado 5: Global Swarming as well as the first season of The New Celebrity Apprentice.

An accomplished entrepreneur, Williams is the founder of two successful businesses. Pampered By Porsha is an affordable yet luxurious sheet line that has drawn incredible support and feedback from customers all around the country. Go Naked Hair is a hair extension and wig company providing luxurious, handpicked options for all women.

Williams is the proud mother to her daughter Pilar Jhena, who continues to be the sunshine in Williams’ life.

A Conversation with Porsha Williams