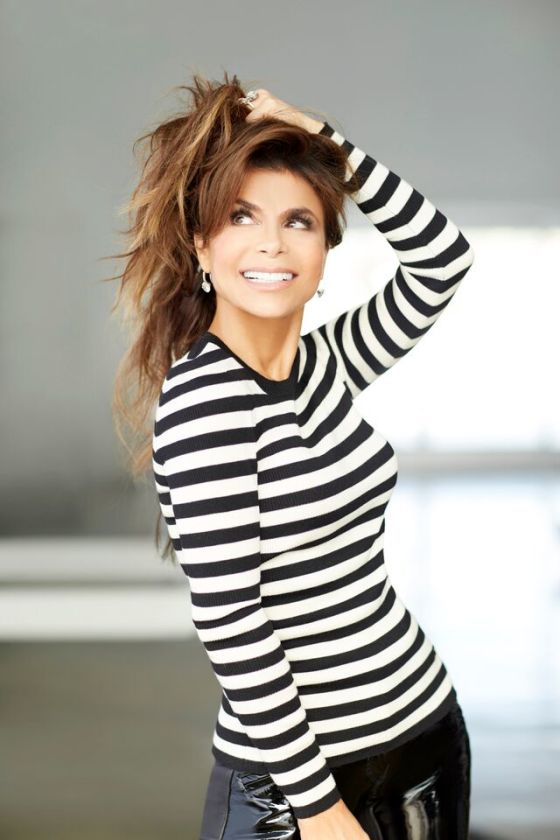 As an award-winning music artist, iconic performer, and adored television personality, Paula Abdul entertains audiences with behind-the-scenes anecdotes from her legendary career; from her first job as a Lakers cheerleader, through her rise to stardom as a major pop music sensation, to being a reality TV star and trailblazer on American Idol.

As an award-winning music artist, iconic performer, and adored television personality, Paula Abdul entertains audiences with behind-the-scenes anecdotes from her legendary career; from her first job as a Lakers cheerleader, through her rise to stardom as a major pop music sensation, to being a reality TV star and trailblazer on American Idol. She shares powerful lessons on aligning yourself with passion, overcoming fear, bouncing back from rejection, and living in the moment. Paula’s passion for music, dance, and philanthropic work is a clear theme throughout her speeches and will leave attendees with a newfound determination to overcome any obstacle and recognize their own star power.

Paula is an in-demand public speaker, touring the country to bring her own creative passion, drive and work experience to leading companies, organizations, and events, including Pepsico’s Women CEOs, Cigna Health, Greater Miami Jewish Federation for Women, Empower 180, Genius Network, Hudson Union Society and many others.

Paula Abdul is also very active in her community as a spokesperson and advocate for a variety of national charity organizations. Abdul partnered with Turnaround Arts, a signature program of the President’s Committee on the Arts and Humanities, to adopt a school in Brooklyn, New York and to help foster arts education in impoverished schools across the nation. She is also an avid spokesperson and supporter of the American Humane Association’s “Pets and Women’s Shelters” (PAWS) Program, the foundations of Natural Balance Pet Food, and Petco (raising funds for non­profit guide-dog schools). In 2014, the Avon Foundation for Women asked Abdul to become their Avon Global Ambassador for their international #CheckYourself digital campaign in support of Breast Cancer Awareness month. Alongside the Avon Foundation, Abdul directed, produced, choreographed and starred in the campaign, which garnered half a billion media impressions around the world.

After saying goodbye to American Idol in 2010 and serving as executive producer and creative partner for the CBS reality-competition series Live To Dance, Paula returned to network television in September 2011 with FOX’s highly anticipated X·Factor. Paula also had as a recurring guest star on the Lifetime hit series Drop Dead Diva. She also served as judge for the 2012-2013 season of Fox’s hit US dance competition show So You Think You Can Dance (following a season as a judge on So You Think Dance – Australia).

Abdul’s career began at a young age when she joined the Laker Girls as cheerleader and choreographer. Her talent was noticed by top music artists, directors and producers, and she quickly began to make her mark in the dance world. Her most celebrated works in choreography include her Emmy-winning contributions to The Tracey Ullman Show, produced by the Oscar & Emmy Award winner James L. Brooks. Shortly thereafter, Paula was double nominated for her groundbreaking choreography for the 62nd Annual Academy Awards and her own performance on the American Music Awards, for which she won an Emmy. She won 7 MTV Awards for her work with Janet Jackson and has also choreographed for Duran Duran, ZZ top, The Jackson family, George Michael, and Prince.

In film, she choreographed the memorable African wedding dance scene with Eddie Murphy and Arsenio Hall in Coming to America and also worked with Cuba Gooding, Jr. for his Academy Award-winning role in Jerry Maguire. She also transformed Val Kilmer into the iconic Jim Morrison in The Doors.

In 1989, Paula became a worldwide singing sensation with her first album, Forever Your Girl. After the single “Straight Up” exploded onto the charts. The album went multi-platinum and featured an astonishing four #1 singles. Spellbound, her second #1 album followed in 1991 to similar worldwide success, featuring two #1 singles. A sold-out worldwide arena tour came next, and in 1995 she released her third album entitled Head Over Heels. Paula has achieved a remarkable 10 Top Ten career singles with six number one hits.

Aligning Yourself with Passion: The Importance of Having Heart, Believing in Your Talents, Your Mission, and Yourself

An Afternoon with Paula Abdul: A Moderated Conversation with the Pop Culture Icon

Body, Heart, and Soul: Paula Shares Her Own Experience with Health Struggles and Encourages Audiences, Caretakers, and Physicians

Don’t Fit the Mold—Crush It: There’s No Traffic When You Go the Extra Mile

Forever Your Girl: Paula Abdul Shares Stories from her 25 year Career in Entertainment

How to Have Star Power in Your Business: Paula Applies Principles from a Long, Successful Entertainment Career to Business Success in any Industry

Never Miss Your Cue: The Importance of “Being Present” and Performing in the Moment

No Fear of Failure: Learning to Embrace Every Opportunity for Success in Your Personal & Professional Life

Reinvent Yourself, Reinvigorate Your Niche: Paula Shares Lessons from her Storied Career on How to Stay on Top at any Age, in any Industry

State of the Heart: Choreograph Your Life with Passion & Purpose