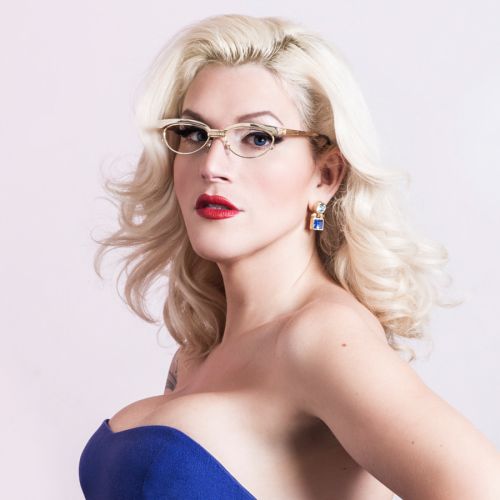 Our Lady J is an Emmy nominated writer and producer. In 2019, she began writing on Ryan Murphy’s Golden Globe ®-nominated TV series POSE.

Our Lady J is an Emmy nominated writer and producer. In 2019, she began writing on Ryan Murphy’s Golden Globe ®-nominated TV series POSE.

Our Lady J was a writer on Transparent. She also played ‘Yorna’ in the show’s second season. The show has been nominated for five Golden Globes, including two wins, and eleven Emmy Awards, including five wins. As a singer/songwriter, she released her first studio album Picture Of A Man to critical acclaim in 2013. As a pianist, she has collaborated with the likes of Sia, Lady Gaga, Scissor Sisters, and Broadway stars including Chita Rivera, Christine Ebersole, and Justin Vivian Bond. Our Lady J holds the honor of being the first out trans woman to perform at Carnegie Hall and has been featured on Out Magazine’s “Out 100,” and the Huffington Post’s list of “transgender icons.”

An Evening With Our Lady J