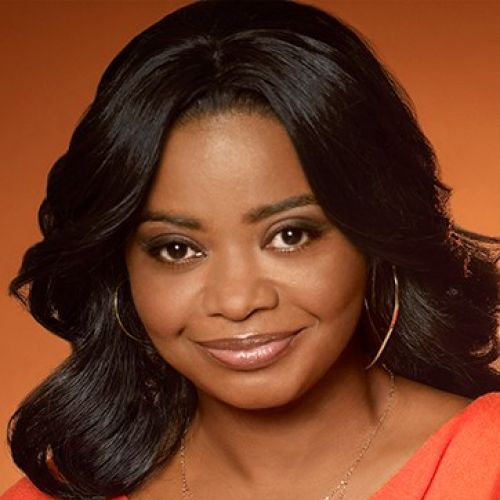 One of Hollywood’s most sought-after talents, Octavia Spencer has become a familiar fixture on both television and the silver screen

One of Hollywood’s most sought-after talents, Octavia Spencer has become a familiar fixture on both television and the silver screen. Her critically acclaimed performance as Minny in Dreamwork’s feature film The Help won her the 2012 Academy Award, BAFTA Award, Golden Globe Award, SAG Award, and Broadcast Film Critic’s Choice Award among numerous other accolades.

Octavia can be seen in the highly-acclaimed drama Hidden Figures alongside Taraji P. Henson, Janelle Monee and Kevin Costner. The film tells the true story of several African-American women who provide NASA with critical information needed to launch the program’s early successful space missions. Octavia’s performance as Dorothy Vaughan has earned her SAG nomination, Golden Globe nomination, and NAACP Image Award nominations to date. Later this year, she will be seen starring in The Shack, a film based on the best-selling novel of the same title that follows a man whose daughter is abducted during a family vacation with evidence found in an abandoned shack leading authorities to believe she was murdered. She also co-stars in Marc Webb’s drama Gifted alongside Chris Evans and Jenny Slate. The film tells the story of Rank Adler, a deliberate underachiever who is raising his niece in rural Florida.

Spencer recently wrapped production on Guillermo del Toro’s The Shape of Water, in which she stars alongside Michael Shannon, Michael Stahlberg, and Sally Hopkins. The film is an otherworldly love story set against the backdrop of the Cold War. She also recently finished filming Small Town Crime with John Hawkes and Anthony Anderson, a film about an alcoholic ex-cop who through an act of self-redemption, becomes hellbent on bringing a killer to justice.

Spencer reprised her role as Johanna in Allegiant, the third installment of Lionsgate’s The Divergent Series franchise. She also voiced the character of “Mrs. Atterton” in the Disney animated film Zootopia, one of the fastest worldwide grossing films of the year. She co-starred alongside Elisabeth Moss and Boyd Holbrook in The Free World, a drama focusing on a recently released former convict who becomes involved with a married woman with an abusive husband that premiered at the 2016 Sundance Film Festival; the drama Fathers and Daughters with Quvenzhane Wallis, Diane Kruger, Russell Crowe, Amanda Seyfried, and Aaron Paul and The Great Gilly Hopkins, the adaptation of Katherine Peterson’s young adult Newberry Award-winning novel. Octavia also reprised her role as Opal in Mark Waters’ Bad Santa 2, along with Billy Bob Thornton and Kathy Bates.

In 2014, Spencer co-starred alongside Kevin Costner in the drama Black or White, which premiered at the 2014 Toronto Film Festival to rave reviews. Previously, Spencer co-starred in Tate Taylor’s Get On Up, a chronicle of musician James Brown’s rise to fame that also starred Viola Davis and Chadwick Boseman and the sci-fi, action-adventure Snowpiercer opposite Tilda Swinton and Chris Evans. Directed by Bong Joon-ho, the film followed a train that holds all remaining inhabitants on earth after a climate-change experiment wipes out the rest of the population, and the class system that emerges. In 2013, Spencer was seen in the indie-drama Fruitvale Station which follows the final hours of Oscar Grant’s life, a young man whose death sparked national outrage after video footage of his shooting was released to the public on New Year’s Eve 2009. Fruitvale Station won several prestigious awards including both the Grand Jury Prize and Audience Award for US Dramatic films at the 2013 Sundance Film Festival, the Un Certain Regard Award for Prix de l’avenir at the 2013 Cannes Film Festival, was named one of AFI’s Films of the Year and received nominations for the 2014 Spirit Awards and NAACP Image Awards. Spencer was awarded “Best Supporting Actress” from the National Board of Review for her performance in the film and received an individual nomination from the NAACP Image Awards. She also served as a producer on the film.

Spencer was recently seen guest starring in the latest season of the CBS series Mom, a comedy that centers on a newly sober mom attempting to pull her life together. Additionally, she made a memorable guest appearance in the final season of 30 Rock, starred in the Comedy Central series Halfway Home and appeared in a five-episode arc as the character Constance Grady on the hit series Ugly Betty. Spencer has been seen in guest-starring roles on shows including The Big Bang Theory, E.R., CSI, CSI: NY , Raising The Bar, Medium, and NYPD Blue.

Spencer is a native of Montgomery, Alabama, and holds a BS in Liberal Arts from Auburn University. She currently resides in Los Angeles.

An Evening with Octavia Spencer

Octavia Spencer Breaks Down Her Most Iconic Characters | GQ