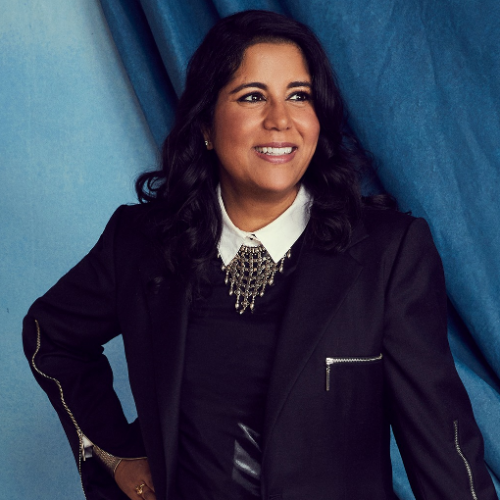 Nisha Ganatra is a Golden Globe winner and an Emmy nominee for her work as the Director/Producer of Transparent. She is currently in post-production on her film, The High Note, for Focus Features starring Dakota Johnson and Tracee Ellis Ross with Working Title producing.

Nisha Ganatra is a Golden Globe winner and an Emmy nominee for her work as the Director/Producer of Transparent. She is currently in post-production on her film, The High Note, for Focus Features starring Dakota Johnson and Tracee Ellis Ross with Working Title producing.

Nisha most recently directed the film Late Night, starring Emma Thompson and Mindy Kaling, which premiered at Sundance, sold to Amazon in a record-breaking deal, and garnered the highest streaming numbers of 2019.

On the television side, Nisha directed Liz Sanoff’s pilot, Highland and sold a one-hour drama project to ABC and a half-hour pilot to NBC with Amy Poehler producing. She was the Co-Executive Producer/Director for Better Things with Pamela Adlon and the Co-Executive Producer/Director for You Me Her. She also created Code Academy for the ITVS/PBS series Futurestates. Nisha has directed episodes of Girls, Dear White People, Future Man, Mr. Robot, Shameless, Married, Brooklyn 9-9, Last Man On Earth, Love, and Black Monday.

She recently directed the viral ad campaign for Bodyform and Libresse called #wombstories that gives a voice to the unseen, unspoken and unknown truths about the physical experiences of women everywhere. It confronts the damaging etiquette that women live with every day and which dictates what they should and shouldn’t feel about their bodies.

In 2019, Nisha launched her production company, Ladies’ Car Productions which she describes as a ‘safe space for women, people of color, and the LGBTQ+ community just as the ladies’ car is on trains around the world.

An Evening With Nisha Ganatra