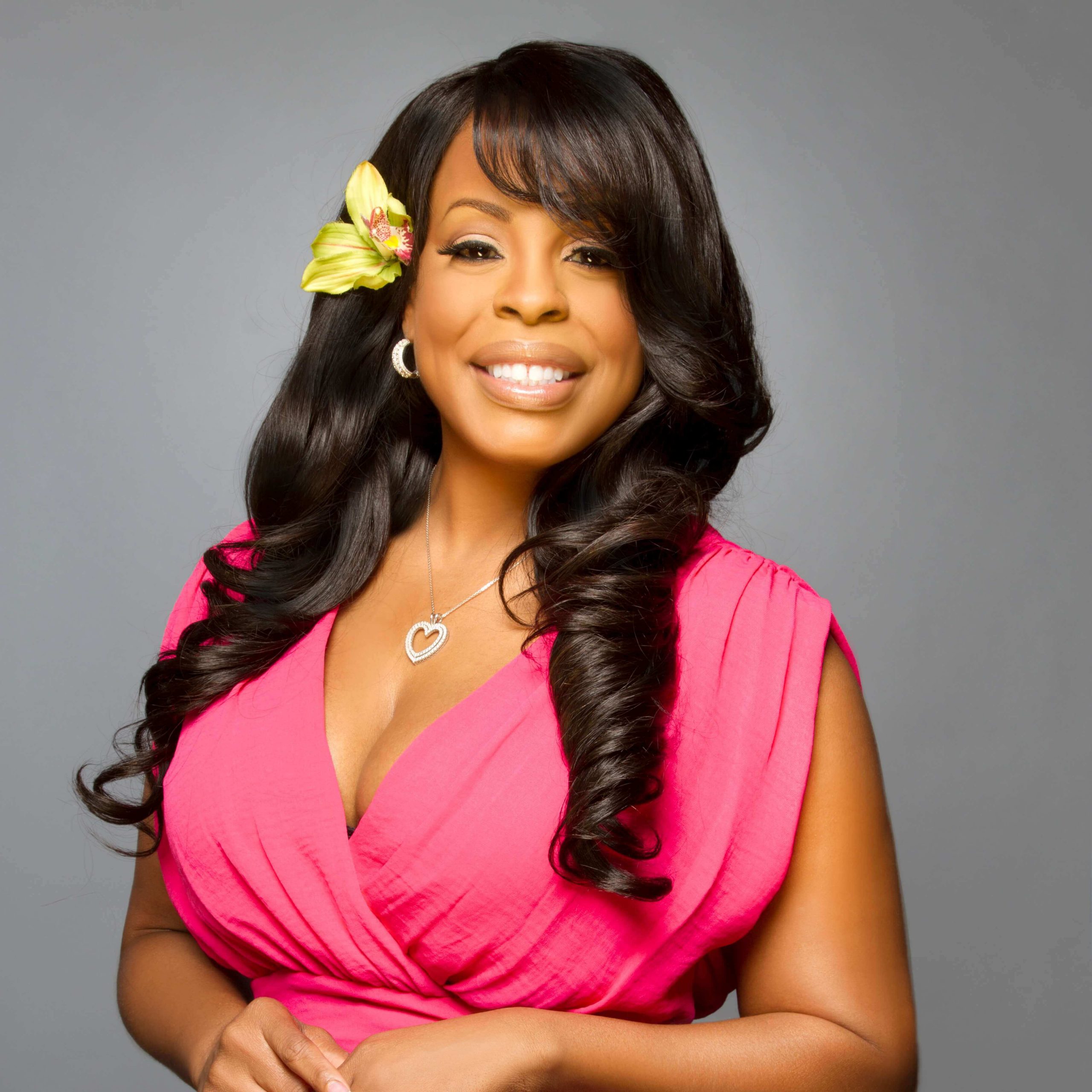 Niecy Nash was sitting in her grandmother’s living room at the tender age of five when she first witnessed an elegant Black actress grace her television screen. From the sight of the luminous Lola Falana, Niecy decided “That’s what I’m gonna’ do… be fabulous and be on TV!” And that is exactly what she has…

Niecy Nash was sitting in her grandmother’s living room at the tender age of five when she first witnessed an elegant Black actress grace her television screen. From the sight of the luminous Lola Falana, Niecy decided “That’s what I’m gonna’ do… be fabulous and be on TV!” And that is exactly what she has done, picking up the nickname “Lola” along the way. Though born and raised in Los Angeles, Niecy has never considered herself an “L.A. girl.”

She is too honest and real for that stereotype. After spending much of her childhood in St. Louis, she returned to Los Angeles at the age of eight, with her future already determined and the quest to become a performer dominating her life.

Niecy is living out the dream of every Hollywood actress; starring in two successful TV projects at the same time. She is the Host and Producer of the Style Network’s home makeover show, Clean House, which has become the network’s #1 rated program. For her work on the show, Niecy was a two-time 2009 Daytime Emmy nominee and The American Women In Radio & Television honored Niecy with the 2007 Gracie Allen Award for Outstanding Program Host. In addition, Niecy has been tapped to be the new Celebrity Panelist on the top-rated entertainment news program, CBS’s The Insider.

Niecy is well-known for her role as no-nonsense Officer Raineesha Williams on the hilarious Comedy Central hit, Reno 911!, a half-hour unscripted spoof of Cops, that aired for six seasons. The show was so popular it was spun-off into a feature film, Reno 911: Miami, in 2007. Niecy also starred in her own FOX comedy series, Do Not Disturb, opposite Jerry O’Connell, in 2008.

Niecy completed her education at California State University Dominguez Hills, where she majored in theater. She graduated with a B.A., a husband, a baby… and a mission! Determined to make a name for herself, Niecy made the fateful decision to call a casting director she had auditioned for months earlier. When he answered the phone she said, “I don’t know if you remember me. I’m Niecy Nash, I’m broke, I’ve got a baby, and I need a job.” He told her to come down to his office and audition for his new movie. Needless to say, she blew him away and landed her first paid acting gig in a scene opposite Whoopi Goldberg in the feature film, Boys On the Side. Since that fateful day, Niecy has turned in stunning performances in several feature films. Her film credits include Robert Altman’s Cookie’s Fortune, opposite Glenn Close, Julianne Moore and Liv Tyler; The Bachelor with Chris O’Donnell; and Malibu’s Most Wanted, alongside Jamie Kennedy, Anthony Anderson and Taye Diggs.

Niecy has had featured roles in such films as Guess Who, opposite Bernie Mac and Ashton Kutcher, and Code Name: The Cleaner, opposite Cedric the Entertainer and Lucy Liu. Her most recent film work includes Not Easily Broken, based on the best-selling book by Bishop T.D. Jakes, and the Walt Disney Pictures summer blockbuster release, G-Force, produced by Jerry Bruckheimer.

Nash’s television credits are another testament to her talent. Her style, humor and quick wit garnered her a stint as a Correspondent on NBC’sThe Tonight Show with Jay Leno. She is also well-known for her recurring role on the Peabody Award-winning comedy series,The Bernie Mac Show, portraying Bernie’s uproarious baby sister, Benita. Other recurring roles include TV’sPresidio Med, That’s Life, Popular, and City of Angels. She has had guest starring roles on such top-rated series as My Name Is Earl, Monk, CSI: Crime Scene Investigation, Girlfriends, NYPD Blue, That’s So Raven, One on One, Judging Amy, and Reba.

Niecy made her animated series debut on Kid Notorious, which was based on the infamous life of legendary Paramount Studios producer Robert Evans. She was lauded for her amazing voice work as Tollie Mae on the series, and has gone on to lend her distinctive voice skills to characters on two Cartoon Network Adult Swim series, The Boondocks and Minoriteam. Recently, she starred as the voice of Mrs. Boots on the popular ABC Family animated series, Slacker Cats. Niecy also voiced the character of Miss Yelp in the animated feature, Horton Hears A Who!, with Jim Carrey and Steve Carrell, which has grossed nearly $300 million at the box office worldwide.

Additionally, Niecy is developing various television and film projects through her own production company, Chocolate Chick, Inc. In her precious spare time, she is devoted to church and participating at charitable functions in support of causes that are close to her heart, including the prevention and awareness of HIV/AIDS, breast cancer, school violence, and domestic abuse, among others.

A recipient of the 2007 National Woman in the Arts Awardfrom the St. Louis Grand Center, Niecy has managed the almost impossible; being both a successful actress and mother for the last seventeen years. A recent divorcee, she has three adoring children who have been included in every step of her struggle in show business – accompanying her on countless auditions and callbacks. When asked what her hobbies are, Niecy proudly replies, “motherhood,” which she considers her greatest success in life. Whenever she returns to St. Louis she is still called by her childhood nickname “Lola,” which reminds her to dream BIG! With television shows currently in production and film work on the horizon, the future is looking exceptionally bright for Ms. Nash (Um, excuse me – “Lola!”).

Niecy: The Perfect Host
With her warm personality and an undeniable talent for connecting with people from all walks of life, Niecy as your host or emcee makes any event unforgettable and fun.

The Best Is Yet To Come
Sometimes the most inspiring words come from the most unexpected sources. To observe the joyous whirlwind that is Niecy Nash, you’d never guess the rocky road she has traveled to get to where she is now—a successful actress, host, producer and mother. A witness to extreme domestic violence and family tragedy, she saw her comedy skills as a gift, and she was determined not to let her circumstances keep her from becoming the successful and happy person she was meant to be. Beloved by her fans and viewers, Nash is truly a woman who’s “been there, done that.” She believes that every person has their own gifts and that where they start in life does not determine how far they can go. Her authenticity goes straight to the heart of any issue and her joy and faith in what life has to offer is contagious.

Marriage, Loving Yourself and Series Claws