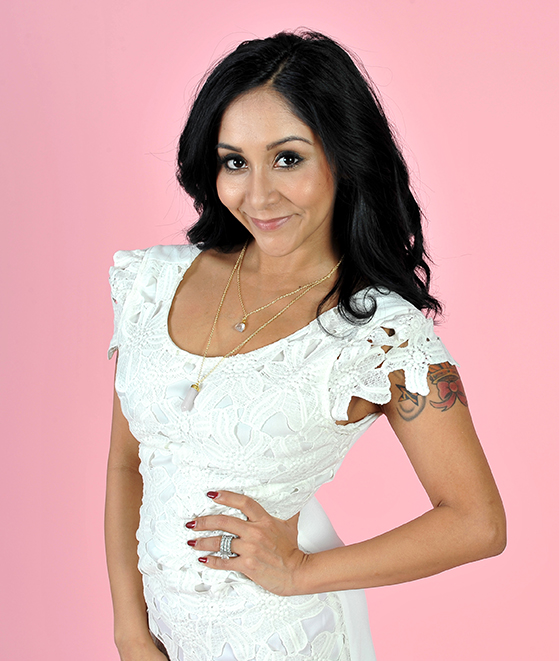 International television personality, New York Times Bestselling author, and entrepreneur Nicole “Snooki” Polizzi has quickly become a household name over the years and is positioned to continue to take the entertainment industry by storm in 2016. Nicole was first introduced to audiences in 2009 on the record-breaking, MTV reality series “Jersey Shore.” The series garnered…

International television personality, New York Times Bestselling author, and entrepreneur Nicole “Snooki” Polizzi has quickly become a household name over the years and is positioned to continue to take the entertainment industry by storm in 2016. Nicole was first introduced to audiences in 2009 on the record-breaking, MTV reality series “Jersey Shore.”

The series garnered record ratings for MTV, making it the network’s most viewed series telecast ever, drawing in over 8 million viewers at its peak. From 2009-12 Nicole, known lovingly as “Snooki,” captivated audiences with her trendsetting pouf hairstyle, small stature, acrobatic moves on the dance floor, and unique phrases that integrated themselves into American pop culture.

In 2012, Nicole landed her second reality show for MTV entitled “Snooki & JWoww.” The series followed Nicole and her best friend Jenni “Jwoww” Farley [whom she met filming “Jersey Shore”] as they transitioned from their party-girl ways into becoming engaged, married, and having babies. The show’s fourth and final season premiered on November 5, 2014. In November 2015, the duo paired up again to star in their new series, “Snooki & JWoww: Moms with Attitude,” from Awestruck, AwesomenessTV’s network and lifestyle brand for millennial moms. The weekly digital series chronicles the iconic best friends as they navigate the crazy world of motherhood. “Moms with Attitude” was picked up for a second season which premiere on Monday September 12, 2016.

In 2016 Nicole returned to television, this time with her husband Jionni, for their new original series “Nicole & Jionni’s Shore Flip.” Having premiered on February 24 on FYI, the show followed the couple, along with their family and close friends, as they undertake their first business venture into flipping a home together. Nicole will be joining the Season 8 cast of the new “Celebrity Apprentice” on NBC. Set in Los Angeles and hosted by twiceelected California governor and international movie superstar Arnold Schwarzenegger, 16 celebrities are set to compete for their favorite charities. This season’s winner will gain the coveted title of the Celebrity Apprentice and a $250,000 check to give to their designated charity. “Celebrity Apprentice” is set to premiere on January 2, 2017.

Nicole added the title of author to her resume, becoming a New York Times Bestseller with her books: A Shore Thing [2011, Gallery Books], Confessions of a Guidette [2011, Gallery Books], and Gorilla Beach [2012, Gallery Books]. Nicole’s fourth book, Baby Bumps: From Party Girl to Proud Mama, and all the Messy Milestones Along the Way was released in December 2013 [Running Press] and shares her experiences, from the first sonogram to the shock of breastfeeding, truth about pregnancy symptoms and the lowdown on postpartum life. Her most recent, Strong is the New Sexy: My Kickass Story on Getting My ‘Formula for Fierce,’ was released on October 13, 2015 [Running Press] and shows readers how to tap into their own deep wells of girl power.

Over the years audiences have loved watching Nicole grow from a wild child on the “Jersey Shore,” to a hardworking, entrepreneurial mom who has become a role model for wives and mothers of all ages. Nicole has graced the covers of mainstream magazines including People, US Weekly, and In Touch [to name a few]. She has also appeared on nearly every major talk show: “The Tonight Show with Jay Leno,” “Jimmy Kimmel Live,” “Late Night with Jimmy Fallon,” “The Wendy Williams Show,” “The View,” “Good Morning America,” “Conan,” “Ellen,” “Late Show with David Letterman,” and even appeared on the smash hit, ABC series “Dancing with the Stars” in 2013.

Aside from her work in television & writing books, Nicole has become a bonafide brand that includes a signature apparel line “SnookiLove,” footwear/slippers, perfume, sunglasses, cosmetics, jewelry, headphones, phone/tablet accessories, handbags, apps, hair products, and tanning products. She has also developed a passion for fitness and working out over the course of her two pregnancies, and has become and advocate for healthy living & staying fit for moms of all shapes and sizes. During the summer of 2014, Nicole launched her first podcast “Naturally Nicole” with PodcastOne, which features discussion on everything from the joys of messy motherhood to the hottest topics in pop culture with off-the-cuff commentary that most people would only dare to say in their heads! Nicole is a social media maverick- boasting an international following of over 25 million followers across Facebook, Twitter, and Instagram.

Nicole currently lives in New Jersey with her husband, Jionni LaValle and their two children, Lorenzo and Giovanna.

A Conversation With Nicole Polizzi

Catching Up With Nicole "Snooki" Polizzi 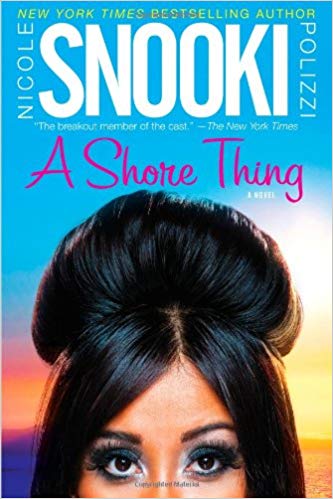 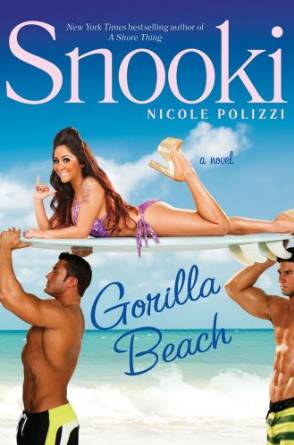