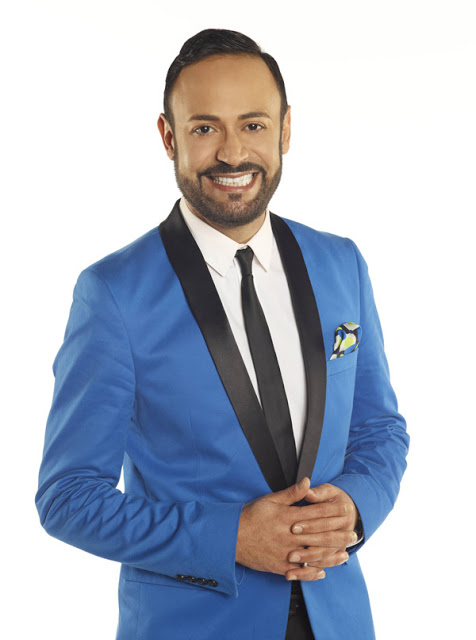 Nick Verreos has had a love of fashion since growing up in Venezuela as a child of a Greek-American Diplomat father and a glamorous Panamanian mother. Nick launched his Designer Clothing label NIKOLAKI with David Paul in 2001 and has dressed celebrities including Heidi Klum, Katy Perry, Carrie Underwood and Beyonce. Nick received national and…

Nick Verreos has had a love of fashion since growing up in Venezuela as a child of a Greek-American Diplomat father and a glamorous Panamanian mother. Nick launched his Designer Clothing label NIKOLAKI with David Paul in 2001 and has dressed celebrities including Heidi Klum, Katy Perry, Carrie Underwood and Beyonce.

Nick received national and international attention after appearing on Project Runway and most recently, he was the Winning Mentor of Project Runway: Under the Gunn. As a TV personality, he has enjoyed great success as a red carpet fashion expert and correspondent for E! Entertainment, Style Network, NBC and CNN International. Nick has been a regular panelist on TV Guide Network’s Fashion Wrap for the Golden Globes, Grammys, SAG Awards, Primetime Emmys as well as a LIVE Red Carpet Correspondent for the Academy Awards. He’s the official Spokesperson at the Fashion Institute of Design & Merchandising/FIDM, traveling yearly to all campuses to inspire future students and reaches over 1 million viewers with his popular YouTube show, “Design School with Nick Verreos”.

Nick launched his NVNick Verreos line of contemporary clothing last year, and debuted the collection on EVINE LIVE Shopping Channel last Spring to much success. He will be taking the collection internationally with it’s debut on QVC UK and QVC Milan.

Nick’s design philosophy is that every women deserves a Red Carpet Moment.

“Whether you are having a girl’s night out or even going on a job interview, my clothes are meant to give you an ego boost. I guarantee they’ll make you feel confident, stylish, a little glam and maybe even sexy!”

A Conversation With Nick Verreos 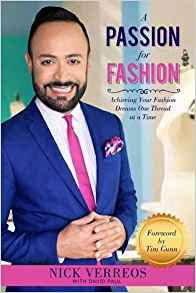 A Passion for Fashion: Achieving Your Fashion Dreams One Thread at a Time