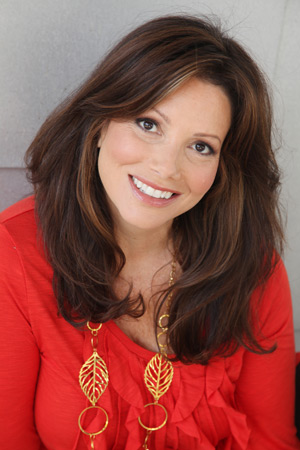 Natalie Laughlin, W magazine calls her one of “the brightest stars,” and The Wall Street Journal says “people in the industry say the brown-eyed, 5-foot-9 model, size 12-to-14, is at the top of her game.” Natalie Laughlin is a woman of firsts. She is the first plus size model to have five consecutive billboards in…

Natalie Laughlin, W magazine calls her one of “the brightest stars,” and The Wall Street Journal says “people in the industry say the brown-eyed, 5-foot-9 model, size 12-to-14, is at the top of her game.”

Natalie Laughlin is a woman of firsts. She is the first plus size model to have five consecutive billboards in Times Square, a fashion spread and story in the pages of Glamour and a contract with Onlyreal.com. Not only is she at the top of her career, but in the process, has paved the way for other plus-size models. Equally important, Natalie has been a spokeswoman and role model for women of all sizes. Her accomplishments and experience in the plus industry are far reaching.

In January 2003, Natalie was featured on the cover of Grace Magazine. She also appeared in the premiere issue shot by Joyce Tenneson in which she was featured as the image and the philosophy of the new magazine. In April 2002, Natalie was given a special recognition award by The Academy of Eating Disorders for “forging new paths for women.” She carries a very strong and empowering message with her speaking engagements, on television and in the print media. In addition, her popular web site, NatalieLaughlin.com, gets over 100,000 hits a month.

Born in Trinidad of English and French ancestry, Natalie immigrated with her family to Miami in her teens. She later moved to New York City to study acting at New York University where she graduated with a Bachelor of Fine Arts in Acting.

Natalie’s modeling career began with Ford models in Miami’s booming South Beach section. Both European and American clients discovered her and hired her continually for editorial and catalogue jobs. She became well-known throughout Miami and was nicknamed the “Cindy Crawford of plus sizes.” With this success, she began to travel internationally, working in every global fashion market.

Glamour magazine chose Natalie Laughlin to be featured in an unprecedented fashion spread in the January 1995 issue which included an article with her personal story. With the advent of the Glamour article, Natalie’s career skyrocketed and she has dominated the Plus Advertising World ever since.

Natalie once again created a sensation, changing the world with her revolutionary Mode magazine cover — appearing as large as life on the backs of buses and phone booths all over New York City. She also has the distinction of being the only plus model to have five consecutive billboards in Times Square as Liz Claiborne’s Elisabeth Girl.

Natalie has now ventured into the world of television, recognized as the quintessential woman of the twenty-first century as a guest on shows such as ?E Entertainment, MSNBC, Extra, New Attitudes (Lifetime television), Fox News, Pure Oxygen and She Commerce (Oxygen), and Today in America.

Natalie’s modern, yet tangible look has helped her achieve incredible success in the modeling industry and advance the concept of “style as a sizeless community.” This size 12/14 Wilhelmina Model’s mission is to impact the world of fashion by furthering the notion that every woman’s dream body is, in fact, the one that is perfect for her.

Check out Natalie’s article “From Hunger to Happiness” and get a fresh perspective on life.

Natalie feels that her success is not only the result of hard work and persistence, but the spiritual belief that, “if you give of yourself to help the healing of the world, in return you will receive the gifts you deserve.” She has also learned that it is important to “create a grand vision for your life, and know that in self love, as you reach for your highest possibilities, there are no limits.”

A Conversation With Natalie Laughlin