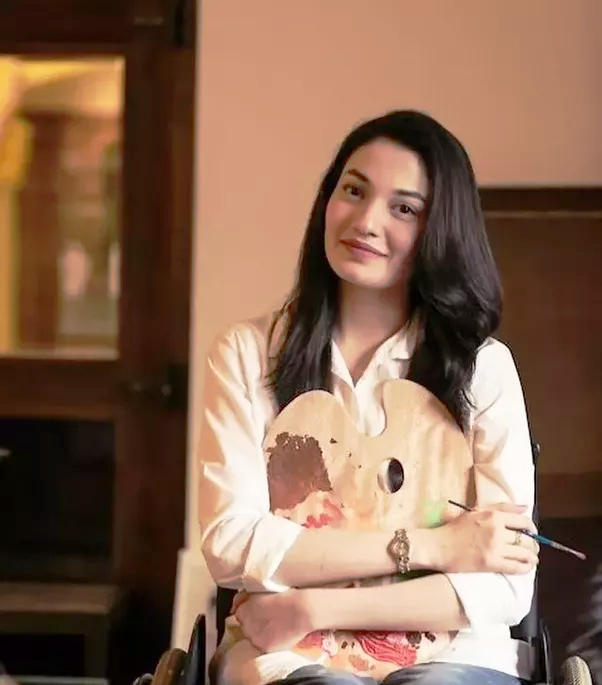 Muniba Mazari is lovingly referred to as the Iron Lady of Pakistan. And for all the right reasons. At the age of 21, Muniba was left paralyzed from the hip down after surviving a tragic car accident. Her backbone was crushed and she sustained multiple fractures to her arm, shoulder, ribs and collarbone. Doctors told…

Muniba Mazari is lovingly referred to as the Iron Lady of Pakistan. And for all the right reasons. At the age of 21, Muniba was left paralyzed from the hip down after surviving a tragic car accident. Her backbone was crushed and she sustained multiple fractures to her arm, shoulder, ribs and collarbone. Doctors told her that she would be unable to walk, paint, or give birth; this left her devastated and questioning her existence in the world.

In her powerful and inspiring speech, Muniba shares coming to terms with her new purpose while being confined to a bed for two years.

?Nine years later, her inspirational story continues to touch people all over the world. Muniba was named one of BBC’s “100 Most Inspirational Women in 2015” and featured in Forbes’ “30 under 30” the following year.

“You know, when you end up being on the wheelchair, what’s the most painful thing. People think that they will not be accepted by the people because we in the world perfect people are imperfects. So I decided to appear more in public.”

Her presence in Pakistan continues to grow as she works as an anchor at Pakistan Television Corporation (PTV). She has also worked on campaigns for Toni&Guy and refuses to portray herself as a victim of circumstance. A firm believer in ‘turning adversity into opportunity’, this 29-year-old has made it her mission to inspire the same in others.

Turning Adversity Into Opportunity
Muniba shares the heart wrenching story of an incident which changed her life completely – from the bad to the good. Although wheel chair bound, her spirit and artistry knows no bounds. In fact, she takes the agony of spinal cord injury as a challenge and is more determined to express her sentiments through her art work.

Everything Happens For A Reason
When you admit that life doesn’t happen to you, it happens for you, your perception towards life changes. If you ever feel demotivated then here’s your daily dose of motivation!

Most inspirational speech by Muniba Mazari who Learning is Life720p