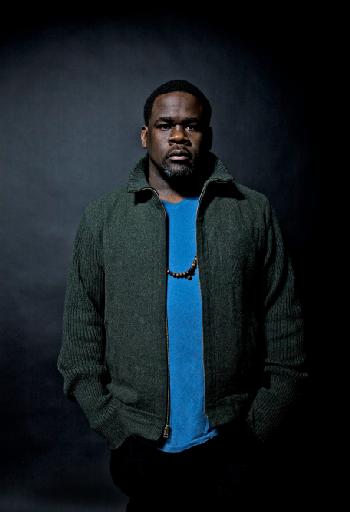 Craig Grant, a.k.a. muMs, is an actor, poet and playwright best known for his role in the HBO prison Drama OZ as the character ‘Poet’. His performances have led to roles in movies and T.V. such as DARK WATER, EVERYDAY PEOPLE, CHAPELLE SHOW, CBS’s HACK, BAMBOOZLED, LAW AND ORDER BOSTON LEGAL and COLD CASE. muMs…

Craig Grant, a.k.a. muMs, is an actor, poet and playwright best known for his role in the HBO prison Drama OZ as the character ‘Poet’. His performances have led to roles in movies and T.V. such as DARK WATER, EVERYDAY PEOPLE, CHAPELLE SHOW, CBS’s HACK, BAMBOOZLED, LAW AND ORDER BOSTON LEGAL and COLD CASE.

muMs has performed his brand of unique art on New York’s underground poetry scene since 1992 and has performed throughout the United States and Europe.

muMs’ play PARADOX OF THE URBAN CLICHÉ has been produced by the Labyrinth Theater Company of which muMs has been a member since 2006.

An Evening With Mums