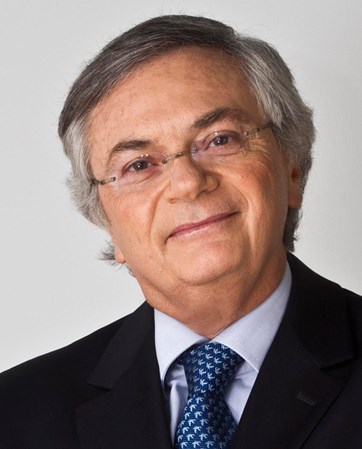 Moisés Naím is an internationally-syndicated columnist and best-selling author of influential books including the recently-published The End of Power, a startling examination of how power is changing across all sectors of society, and Illicit, a detailed expose on modern criminal networks.

His prize-winning work is highly influential in the world of international politics, economics and business. In 2005, Illicit was selected by the Washington Post as one of the best nonfiction books of the year; it was published in 18 languages and is the basis of an Emmy award-winning National Geographic documentary.  Of his recent book, The End of Power, former US president Bill Clinton said it “will change the way you read the news, the way you think about politics, and the way you look at the world.” Arianna Huffington, president of the Huffington Post, said it is, “a compelling and original perspective on the surprising new ways power is acquired, used and lost – and how these changes affect our daily lives.”

Dr. Naím’s columns and media commentary have a worldwide audience. He is the chief international columnist and “Global Observer” for El Pais and La Repubblica, the largest daily newspapers in Spain and Italy, a contributor to The Financial Times “A-list”, and an associate editor at The Atlantic. His columns are also carried by all leading newspapers in Latin America, and have been published in The New York Times, The Washington Post, Bloomberg Business Week, Newsweek, Time, Le Monde and Berliner Zeitung.  In 2011, he was honored to receive the Ortega y Gasset prize, the  most prestigious award for journalism in the Spanish language. In 2013, Naim was named one of the world’s leading thinkers by the British magazine Prospect and in 2014, Dr. Naím was ranked among the top 100 most influential global thought leaders by GDI Gottlieb Duttweiler Institute for his work on The End of Power.

Dr. Naím is a Distinguished Fellow at the Carnegie Endowment for International Peace in Washington, DC.  He is the founder and Chairman of the Board of the Group of Fifty (G50), which brings together top-flight progressive Latin American business leaders, and a member of the board of directors of the National Endowment for Democracy, the Open Society Foundations as well as several global companies.

In the early 1990s, Dr. Naím served as Venezuela’s Minister of Trade and Industry, as director of Venezuela’s Central Bank, and as executive director of the World Bank.  He was previously professor of business and economics and dean of IESA, Venezuela’s leading business school.  Dr. Naím  holds MSc and PhD degrees from the Massachusetts Institute of Technology. He lives in Washington DC.

An Evening With Moises Naim Listen See all 2 images Follow the Author Moisés Naím + Follow The End of Power: From Boardrooms to Battlefields and Churches to States, Why Being In Charge Isn t What It Used to Be Hardcover