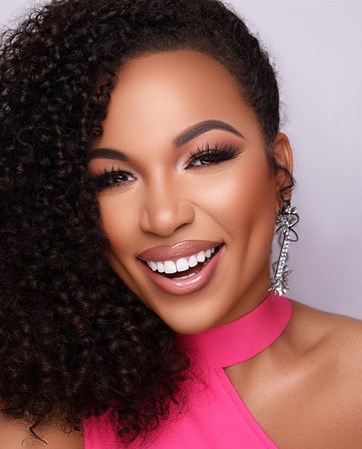 An Emmy Award winning Sportscaster, Acosta-Ruiz joined NFL Network in 2018 from NBC and Telemundo in San Diego where she covered the Chargers, Padres and international soccer for three seasons in both English & Spanish language broadcasts as the lead sports anchor. Prior to joining NBC and Telemundo, Acosta-Ruiz spent three years as a reporter for WPLG, the ABC affiliate in Miami and Fort Lauderdale, covering sports, entertainment and breaking news.

A former Miami Dolphins cheerleader, Acosta-Ruiz graduated from Barry University with a Bachelor of Arts in Communications.

In her nearly decade long career, the Emmy Award winning journalist continues her work as an advocate for representation and equality. MJ works closely with women’s empowerment groups such as A Seat at the Table, and is dedicated the amplifying the voices of marginalized communities.

Embracing Your Authentic, Professional, Beautiful Self